I cannot come to you without a sleep,

And travelling through sleep, I cannot know

If through one firm continuum I go.

Night is an involution which may keep

Strange secrets, map our plane from sphere to sphere,

And though we travel post-stage, can we swear

And “thither”? One brief day embeds our “near”.

So, meeting, can we claim a mundane path

Maps me to you in spatial translation?

Rise with the dawn – however swift we run,

Time draws its radius around each hearth,

And hence we meet, sped by night’s transformation

Where children dream gold lands beyond the sun.

Educated at St Hilda’s College, Oxford and at Bedford College, London, Vera Rich, a respected science journalist and a tireless campaigner for human rights, was a fine poet. Her wits were quick, her memory prodigious and she had a wonderful sense of humour.

During the 1960’s she had three books of her own poems published, and founded the poetry magazine, Manifold. This ran with some success for 28 issues before publication was suspended in 1968, when Vera became Eastern European correspondent for the science magazine, Nature.

Once asked to translate some Ukrainian poems, she learned the language to do so. For the next three decades, she travelled extensively in eastern Europe, becoming the foremost translator of both Ukrainian and Belarusian poetry into English. She reported on the activities of dissident Soviet scientists, the Chernobyl disaster, psychiatric abuse and AIDS in the Soviet Union. Her anthology of Belarusian poetry, Like Water, Like Fire, published by UNESCO, was subsequently withdrawn under pressure from the Soviet Union.

Manifold, which she revived in 1998, regularly published foreign-language poetry with parallel text in Engtlish and, occasionally. foreign poetry untranslated. In 2006 Vera travelled to the Ukraine to receive the Ivan Franko Award for her 40 years service to the translation of Ukrainian poetry. While on a visit to the Ivan Franko Homestead she gave an emotional reading of Shevchenko’s poem “Testament”. On her next visit in 2007, she wore her medal, the Order of Princess Olha, which had been presented to her at the Ukrainian Embassy in London. Vera could fairly be described as a Ukrainian patriot, an unusual distinction for an Englishwoman.

In 2006 Vera underwent treatment for breast cancer. But she always insisted her illness was an inconvenient obstacle to her work. On 18 December 2009, her doctor advised her to go into hospital, but even then Vera gave priority to her translations. On 20 December, 2009, she died peacefully in her bed. She will be greatly missed, not least for her kindness and the support she gave to so many. Alan Flowers (UK)

This sonnet and bibliography is pre-published with the permission of the Editor-in-chief from:

30 sonnets in this anthology are to be pre-published by our permission in Poetry Life & Times (UK) which has exclusive sole rights prior to the publication of the anthology itself. Readers may also contact Richard Vallance, Editor-in-Chief, at: vallance22@gmx.com for further information.http://vallance22.hpage.com/ 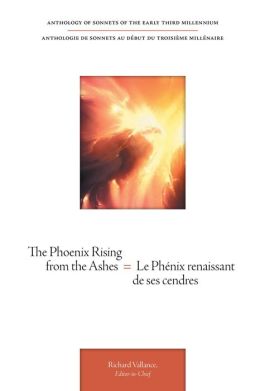 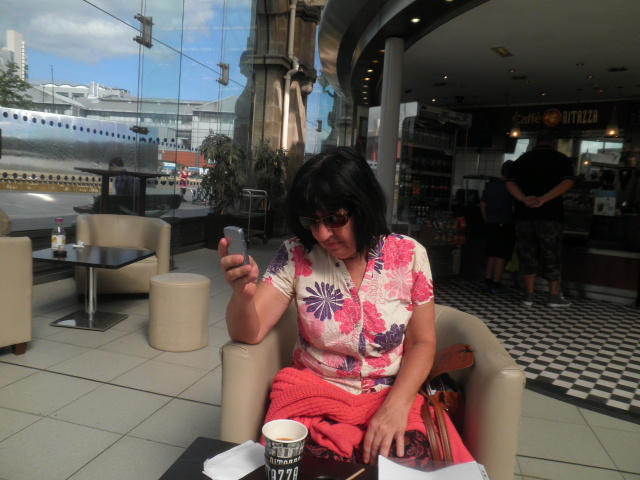 Perhaps grief is a home
with a haughty ceiling and a bolted door
where you feel so comfortable, sometimes,
that you do not hear the steel s edge
slashing the tapestries,
suspended on the scented air:
it is heliotrope blended with brimstone,
seeking to settle in the corners;

only the window stands
between the limit and you.

Arduous walk, in silence you listen to the ancient voices,
firewood for this grief
always starved of you,
as demanding as a newborn child
whom you already love.

The door opens ajar and you close it:
There is nothing to be afraid of. Epitaph for a Palestinian Child
―for the children of Gaza

I lived as best I could, and then I died.
Be careful where you step: the grave is wide.

The butterfly
perfuming its wings
fans the orchid

Oh, fallen camellias,
if I were you,
I’d leap into the torrent! *Translator’s note: I consult a wide range of sources before I do a translation, since I’m not an expert on other languages. For instance, before doing my translations of Basho and Sappho, I studied hundreds of translations and comments about their work by various experts.