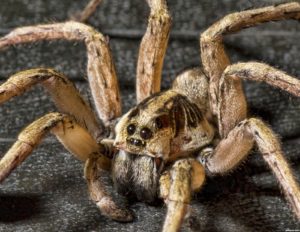 Once upon a time
A verdant originative landscape
Apportioned gems of creative insight
To all seekers, freely, without compunction,
And uniqueness of individuality was adopted as
Intelligently sought after development burgeoned…
It was a magical place thriving as
A field of geodes broken open in wonderment,
People, as special treasures, imbibed as nourishment,
Working collectively to instigate a better world, to heal,
To enlighten, to entertain, offering insight into
Realms unknown…
It was a time
Filled with colorful purpose
Which thrived and shown as the sun…
In it people shared and responded
As a community respectfully
Imbued with aethers scent,
Ancient folklores
Tickling
Tantalizing
Creative souls unthreatened
By another’s inexplicable penchants
And all on the cutting edge of breaking waves
Sharing honestly in whiteness of spirit
Unthreatened without agenda
Without hatefulness
Or any desire to feel superior to all the
Flowers majestically carpeting similar fields…
~~~
But despite all the good
Along came the spider and
The subtleness of degradation
Cast its spell furtively,
A drop here
A drop there
A pinch of leaven
Subverting foundations
Fixed in a place unguarded
An unkind word stomached
2 unkind words getting even
Endeavoring after easy money
Territory pissed on and killed for,
Youth tattooed, scarred, perverted,
Directionless, dead, or incarcerated
Aberrant hoods regarded sacrosanct, a
Melting pot of democratic mayhem flailing,
The prejudicial redirection of Light and Truth
By all naysayers and intellects, a Modern clerisy
Allowing the onset of grays and alternative-people
To lessen output in an anything goes society polluted
With cretins offering execrations to diminished deities
With hollow chanted words, fingering illusory rhythms,
Machiavellian ideas malignant
In shitholes, predators
Taking snort at
The next line of blow
Bopping in blurs of whimsy
Around the smirking golden calf
System bound puppets drooling as a
Randomly placed arrow pierces the third eye of sanity
And all frolicking in and around the Carnac Stones and every
Other megalithic rock edifice where mysterious geo-magnetic
Meridians interlace the Earth in an ancient World Wide Web
Have we been down this road before? 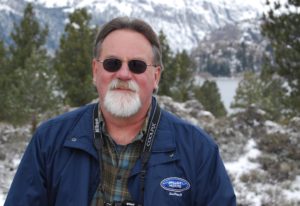 Richard is the progeny of Swedish and Norwegian immigrants. He was born in Chicago Illinois. Richard began his journey into the arts at age six. For twelve years he played classical trumpet. The British incursion of music, however, influenced him to put down the trumpet and take-up acoustic and electric guitar, and, to write songs and lyrics. He toured professionally for ten years. In 1995 Richard was privileged to design and build his own Midi-centered Recording Studio ~ Taylor & Grace ~ where he worked diligently until 2002. During that time he composed, and multi-track recorded, over 500 compositions and has two CD’s (‘WHAT LOVE HAS DONE’ and ‘THE PATH’) to his personal credit.

Richard’s interest in writing continues. His poetic invention is integrative and employs various elements: nature, history, relationships (past and present), parlance, alliteration, metaphor, characterization, spirituality, faith, eschatology, art, and subtext. Avoiding the middle-road; he enjoys the challenge of poetic stylization: Rhythmical, Poetic/Prose, Triolets, Syllable formats, Story-Poems, Freeform, Haiku, Tanka, Haibun, and Acrostic. Richard’s work has been (and is) featured in a wide variety of anthologies, compendiums, and e-zines including: Poetry Life and Times, Artvilla, Motherbird, and The Path. Richard was nominated twice for the Pushcart Prize.

Books include: 1. A MONUMENTAL JOURNEY… 2. IN SEARCH OF THE FIRST TRIBE… 3. THE UNDERGROUND RIVER… 4. BEYOND UNDERSTANDING. The Monumental Journey Series is a confluence of adventure, mystery,  and historical fiction. A new adventure/thriller, BETWEEN THE CRACKS has been published. Also, a new eschatological drama – AFTER WE WERE HUMAN – is being written. Follow the lives of several friends as a race of ageless multi-dimensional humans comes back to Earth with their Creator to rule and reign for 1000 years.

From under mud
I have heard the colors speak to me,
learned them differently
by setting one beside another.
It’s always the same —–
this desperate beginning
on a turpentine foundation.
I would like to let things be,
leave the appropriate images
where they first were —–
In news clips, in nightmares,
the ruined opening a soldier
walks through holding
some child’s hand…..
Some childhoods are such camouflage
the mortar, the fire-pocked bricks,
& escape through canvas,
canvas & nothing else …..
So that is what these mud colors tell,
& me, what do I know
rising out to scrape myself off
with a palette knife?
I only know that turpentine burns
& that the painting by daylight
may peel like a dream. 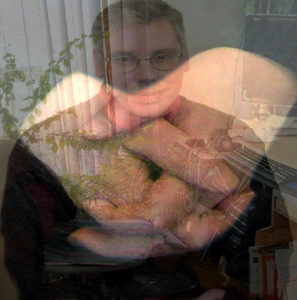 Stephen Mead is an Outsider multi-media artist and writer. Since the 1990s he’s been grateful to many editors for publishing his work in print zines and eventually online. He is also grateful to have managed to keep various day jobs for the Health Insurance. More can be learned about his writing and multi-media work by Googling Stephen Mead Art.