Editor’s note: check the icons on the YouTube Videos to read texts

Now around a hiding sun
A brown agony

Scaffolding
made of arteries
transporting gravity to the top

The fall of the Roman Empire
Or the British
was harsher
but not neater.

When you try through your rustling
to talk to me about the time
that I set to you with my steps,
I find it very sweet and useless.

Why does your voice follow me,
but you stay behind stranded?

How can a loop be so straight?

What are you, but a new form of life
a sign
that defeat in the Natural World is always relative?

Today, you are masking the ground
where I keep dragging my roots
in contempt for the fallen.

‘Learning Curve’ is an unpublished collection concerned with the decline of Western civilization: Gary Beck

Gary Beck has spent most of his adult life as a theater director and worked as an art dealer when he couldn’t earn a living in the theater. He has also been a tennis pro, a ditch digger and a salvage diver. His original plays and translations of Moliere, Aristophanes and Sophocles have been produced Off Broadway. His poetry, fiction and essays have appeared in hundreds of literary magazines and his published books include 26 poetry collections, 10 novels, 3 short story collections, 1 collection of essays and 1 collection of one-act plays. Published poetry books include: Dawn in Cities, Assault on Nature, Songs of a Clerk, Civilized Ways, Displays, Perceptions, Fault Lines, Tremors, Perturbations, Rude Awakenings, The Remission of Order, Contusions and Desperate Seeker (Winter Goose Publishing. Forthcoming: Learning Curve and Ignition Point). Earth Links, Too Harsh For Pastels, Severance, Redemption Value and Fractional Disorder (Cyberwit Publishing). His novels include a series ‘Stand to Arms, Marines’: Call to Valor, Crumbling Ramparts and Raise High the Walls (Gnome on Pig Productions) and Extreme Change (Winter Goose Publishing). Wavelength (Cyberwit Publishing). His short story collections include: A Glimpse of Youth (Sweatshoppe Publications). Now I Accuse and other stories (Winter Goose Publishing) and Dogs Don’t Send Flowers and other stories (Wordcatcher Publishing). The Republic of Dreams and other essays (Gnome on Pig Productions). The Big Match and other one act plays (Wordcatcher Publishing). Collected Plays of Gary Beck Volume 1 (Cyberwit Publishing. Forthcoming: Plays of Aristophanes translated, then directed by Gary Beck). Gary lives in New York City. https://www.facebook.com/AuthorGaryBeck 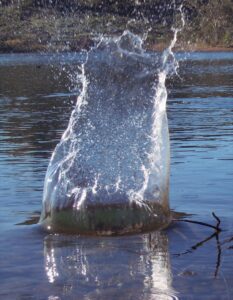 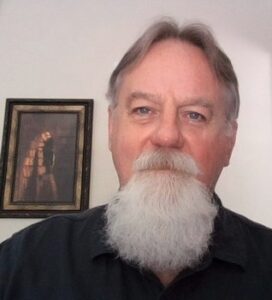