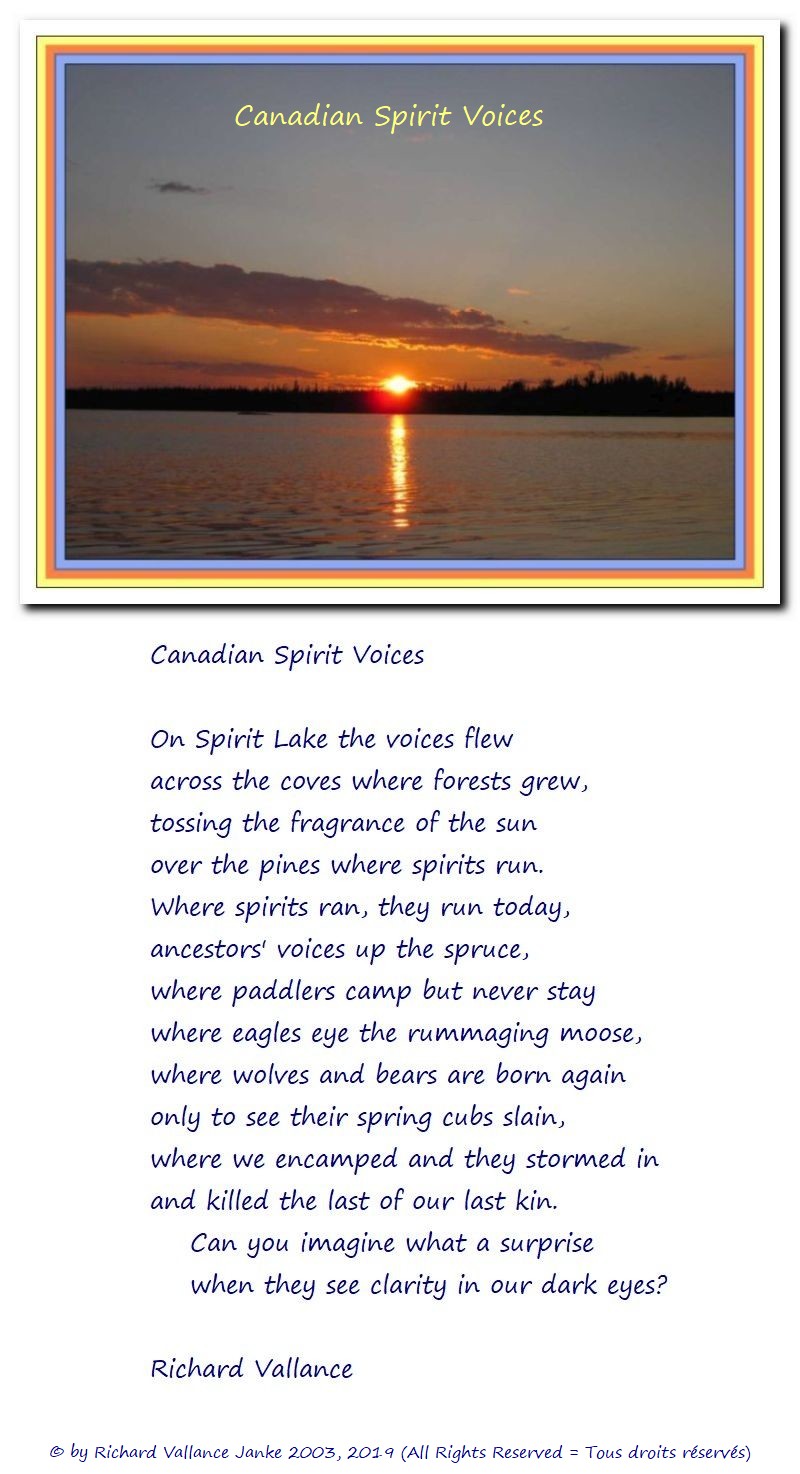 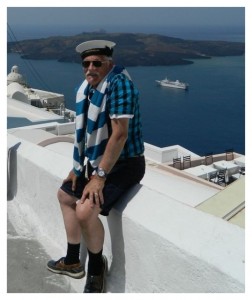 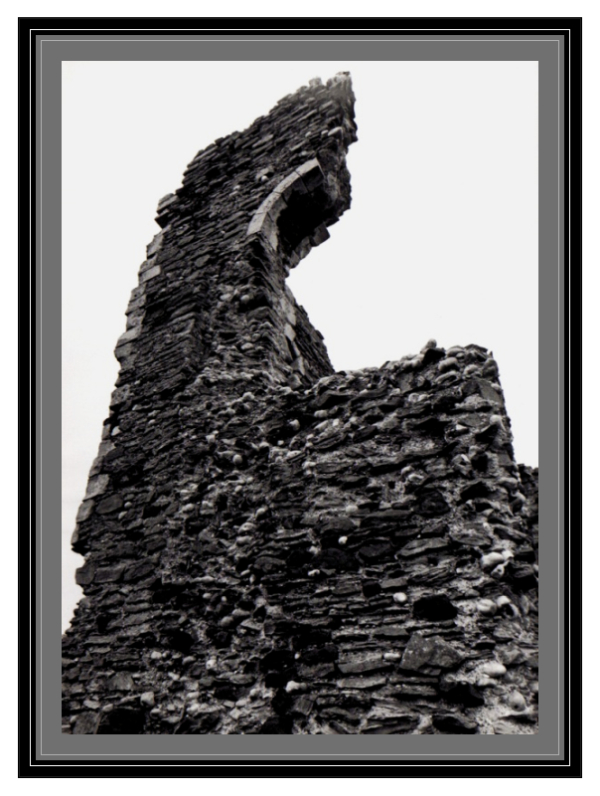 So since they kept on and on nagging him, he answered them, and said,
“Let the one among you who is sinless be the first to cast a stone at her.”

As stones are cast against the inner walls,
the lessee of the castle wracks his brains,
while wicked winter rails against its halls
and shakes the filings off his dungeon’s chains
where he’s incarcerated serfs at whim,
because they’d dared defy his iron will:
his fingers drew the rusty bolt on him
as well as them, and held him, freezing, still,
until he fled that vile, ensanguined room,
their blasted thane — unconscious of his sin,
though conscious of what cold impending doom
was bound, as winter is, to do him in.

Oh when it does, its frozen blast shall blind
him to the shattered mortar of his mind.

Review of All the Babble of the Souk by Richard Vallance

If “All the Babble of the Souk” is anything but memorable — as it surely is — it is so because of its sweeping portrayal of the tumultuous market that is humankind. The “babble” of this bazaar is that of all the markets in the world — irrespective of nation, language, culture or race or for that matter, at the symbolic level, of any manifestation of our nature, be it “good” or “evil”, which are not opposing psychological or spiritual states as all too many naïvely imagine, but rather their subtle blending in our psyche. There is no suggestion of the presence or absence of God or a “god”. It is irrelevant. There is just humanity.

The poems, mostly quasi free form, some of them highly reminiscent of haiku, range from very short to a few pages long. Except for one poem and one only, Scale Free, in which we come face to face with some of the most beautiful imagery in the entire collection, and I quote:

A cuckoo taunts
high in the mountain
where are you?

there is not a single question to be found in the rest of the book. All the rest of the poems consist only of statements, some of them brief, others rather too long for my taste and some even downright convoluted. When this approach to poetry composition is carried to its extreme, it can and sometimes does result in the overly prosaic. That is the only real quarrel I have with this collection. Fortunately, there are only only a handful of poems which are painfully prone to the prosaic. Among these are Mannequins, the whole series Maps 1,2,3,4, The Prisoners, Non Linear and in particular Rust (which reads more like a scientific tract than a poem), none of which have any real appeal to me.

The rest of the poems run from agreeable at the very least to the truly amazing. Among those poems agreeable to the mind and/or the ear I count: Passage, At the Party, Here Comes the Moon, Multiverse, The Pine at the Summit and Wind upon a River. Others like these will more or less please the reader. But as everyone knows, we all have our own preferences for the kinds of poetry we like. The poems which appeal more to one person appeal less to another. The aforementioned choices are merely my own.

Next come poems which display remarkable talent, such as: After Dylan on the Ninth Wave (which I for one particularly like), Africa North (haiku-like), A Witch for Halloween (in which we find some of the most striking chthonic imagery in the book), Core (commendable for its brevity, economy of verse & imagery), Entanglements (haiku-like), Sequence 1 & 2 (haiku-like) and Story of a Rose.

I have a marked preference for the poet’s haiku-like poems. Haiku have always strongly appealed to me. In fact, I myself, along with Robin Ouzman Hislop and so many other truly talented haijin, have composed a considerable number of poems of this nature, many of which were published in the print quarterly, Canadian Zen Haiku (2004-2010), which is now out of print. Brevity is the soul of wit, and indeed of the memorable. It is Robin Ouzman Hislop’ s more compact poems which please me the most. There are exceptions, poems which are not haiku-like or are somewhat lengthier. There are some truly memorable lines in these poems. For instance, we have:

from Africa North:
A winnowing canvass tosses corn
and
... as fireflies in the blazing day.
and finally
In the gloaming a solitary reaper reaps its shadow.
(Reminiscences of Wordsworth’ s, The Solitary Reaper, one of the most astonishingly beautiful poems in English.)

from After Dylan on the Ninth Wave, there are a considerable number of memorable lines, which you can explore for yourself. The poem is not quite up to Dylan Thomas… a very tough act to follow!

All of the poems in this class pleased me a great deal.

Now we come to the downright brilliant poems, of which there are naturally only a few. I might as well cite them all. They are Scale Free ( a series of haiku-like lines & almost pure haiku), A Split Second Later’s Late, Laminations in Lacquer, Lucky Hat Day and Red Butterflies, all of which had a powerful psychological and spiritual impact on me. Here are just a few of the lines from these truly remarkable poems which really struck me, and I mean really —

from A Split Second Later’s Late:
… a serpent’s spit according to legend.

from Laminations in Lacquer, the gripping lines:
Fireworks like a diaphanous lithograph
print an emblazoned sky
on the craggy mountains of the night
where comets play at kites
& glistening the eerie beak hisses.

and from Red Butterflies, where we find some of the most highly inspired, truly imaginative lines:
but as a collage on shifting sands…
…
A sword brazed in a fire
that does not distinguish
between the battle
& the field.

I believe we can safely say that the poet has achieved a level of poetic style and content which can hardly disappoint. Some of the poems in in “All the Babble of the Souk” remind me of T.S. Eliot’s “The Wasteland”. Perhaps the most striking feature of this volume is the poet’s portrayal of humanity, which deprives us of any escape from the darker, more insidious depths of our human condition. The most striking imagery in the entire collection forces itself on the least flattering trait of of our nature, our tendency towards — I might as well say it flat out — bestiality, which leaps to the fore in the poet’s all too frequent comparison between homo sapiens and apes (King Simian, seeking simian), gorillas, baboons and other fierce beasts of that ilk, all the way to neanderthals, Australopithecus and the odious nocturnal lupine, the proverbial werewolf. Lines such as: the hairless ape, go ape, going bananas… all mercilessly zero in on our ape-like nature bedeviling our s0-called civilized veneer.

There is also frequent reference to eating meat, and being eaten (we grow the meat we eat, those she didn’t eat alive, children simply to feed her, how they like human flesh, to be consumed by hell), all the way through to witchcraft and Zombie imagery. The dreadful presence of these creatures of the night inexorably lurks just beneath the thin veneer our blasé urbanity.

To cut to the quick, the most memorable qualities of Robin Ouzman Hislop’s poetic gifts are his penchant for economy of lines and the puissant imagery of the chthonic. Where these features dominate any poem, they impel it towards the nonpareil! Such poems soar. When it works, it works supremely well. As for the rest, there is much to please the reader.