‘That’s why I write’

Weird would the world be without writers..
Like Martin’s assassination story without snipers.
What? No Bible revelations?
No Readers’ digests?
No Quran quotes?
No Daily graphics?
No music magazines?
not even Kama sutra notes?
[That’s why I write]

I don’t tittle-tattle, I’d rather scribble-scrabble
Gossips are short-lived so let my pencil prattle
Poetry paints the state of affairs, affairs of the state
So why keep a glutton crayon by a starving slate?
[That’s why I write]

Born was I the same year noble Soyinka took Nobel award
My manger must have been brushed by his white hair wand..
Toddling, I watched Efua Sutherland weave ‘Anansesem’ with her palm,
Pondering why Kwaku Ananse hid a calabash of the whole world wisdom.
[That’s why I write]

But trifling is the written when never read..
Could we have the Passover without the bread?
So read Shakespeare’s or Blakes’s! Atukwei’s Ama’s
If you’ld read none, inspire… Kwame’s love for wordplay has earned him online publications, awards from the Scrabble Association of Ghana and a couple of nicknames including Write. He is a nominee for the International Best Amateur Poet by World Poetry Organisation, a biochemist working as a health & safety consultant who believes that freelance writing, spoken word and rap are not only rich arts but tools for educating and inspiring people. Kwame Write founded Inkfluent which produced Vocal Portraits; a spoken word compilation that brought together 15 artists from 3 continents: Africa, America and Europe. When he’s not with the pen, he’s most likely playing beach soccer or making new friends over a bowl of fufu and palm wine. You can visit him at http://kwamewrite.blogspot.com/ and https://soundcloud.com/kwame-write-1 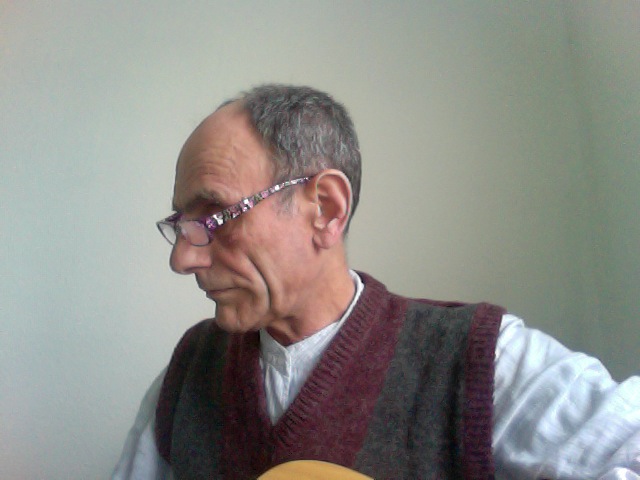 My heart
Is as
The old
West pier
In Brighton.
It has been stripped down,
To bear minimum,
The structure crumbles,
Winds, Rains and Tides,
Have wrecked
Once noble
Steel girders.
The Penny arcades,
Little lights and joy rides,
Have passed into history.
Only the starlings, black clouds,
At sunset,
Visit.

My heart
Is as
The old
West Pier
In Brighton.
Shrouded in darkness,
Awaiting collapse,
It is old enough,
To remember
The little boy,
Who once played,
When the Pier
Lived,
And both made dreams,
That are now,
The Property
Of Ghosts… In 1992 Cosmic Books published his first book entitled  “A B C Quest”.

Sara Louise Russell , whose internet name is “PinkyAndrexa”, is a UK poet who has earned a well-deserved reputation as a highly respected twenty-first century poetry publisher and poet. She was the founder and Editor-in-Chief of Poetry Life & Times, one of the world’s premier poetry E-zines, which ran monthly from 1998-2006 under her tutelage. She has always been in on the scene with graphic design, animation, 3D art, web design, sign writing, photography, film and poetry recital videos. Sara is founder and current editor of Paper Li.  Poetry Lifetimes and the online  Ning network The Video Poets. Her poetry has been published in Artvilla, AuthorsDen, Hello Poetry, The New Pleiades Anthology of Poetry (Describe Adonis Press, Ottawa, © 2005), Sonnetto Poesia, Word Machinist and more, as well as in several e-books by Kedco Studios Inc. (USA). Her skills as a sonneteer are particularly remarkable.

The slow long twist of the crowd toward its burden
Of vacant street  and empty homes loud with tedium
From six-ish Eyes on News until cynical midnight comic.
The long slow twist of breadwinners’ faces half in panic
Over what’s for supper and afterward dialog unrehearsed,
Unscheduled, unexpectedly possibly leading into sex or
Negligee fantasies of we were once young, pretend for
Awhile we are still young with hard skins tanned
Like grapefruit you and I lavish in love in our bed
At our ripeness and rightness of pealing for juices.
The slow long twist of the crowd toward boredom
Of suburbs and stagnant traffic of women frantic
In their coffin cars to arrive at home before him,
To greet husband as if all day spent alone at home
Not wet between thighs from grocerystore bagboys,
Flirtations with delivery men brownshirted strong
With box gifts from dial-up-goody channels, some
Actually will talk to them, pick up a phone, chat
Like old friends reacquainted, then order a trophy
For the mantel, to remember delivery, her credit
card number surrendered, she signs for the memory.
The slow long twist of the crowd moves slowly along
Alongside yellowslip riots of kids driven from school
To their blank torments of TV. All of them, all of them
In the slow long twist of the crowd toward its tedium.
Why do they go home–cocooned at office–in boredom.
They love the private mob of familiar pain.
Hi Honey, what’s for dinner, not that again. Southside Chicagoan and second-wave immigrant John Horváth Jr. now lives in Mississippi; he has published his poetry nationally and internationally since the 1970s. “Doc” Horváth has taught creative writing, literary criticism, and theory. Having been an online mentor to new and emerging poets, in November 1997 he published and now edits poetryrepairs.com [www.poetryrepairs.com], a zine dedicated to promoting contemporary international poetry.

“Veteran of two wars, retired Professor of English in Mississippi, the poet with a unique and brilliant and cutting perspective of southern culture and religion teams up with talented musicians to produce something quite unique. The language of the Veteran and the south and poetic style with good music.”…..David Michael Jackson, www.artvilla.com

Eternity shivers with a coldness

from a plan dead before it is born

because the rind which feeds the emptiness

deepens in concerns of the soul its form.

But you don’t believe in the sinister

wasteland of this coffee’s wild flowers,

evening for you is seen as a summer,

a scorching heat burning against roses.

May will yet come in her outmoded blue,

you will watch beneath a snowy colour

before when you were gold, stems of ochre.

on a relentless ground of sex fainting

where the heat awakens another’s dream.

José Antonio Pamies (Alicante, 1981―) His early poetry collection Las Ruinas de la Aurora was a runner up at the III Andres Salom International Poetry Award in 2005 and the II poesia Eres Tu Publisher Award in 2010. He has published Campos de hielo (Babilonia, Pliegos de la palabra nº 3) and Afonías― a runner up at the XXVI Gerardo Diego Poetry Award. He currently lives in Madrid, pursuing studies in Theory of Literature and Comparative Literature. Robin Ouzman Hislop (UK) Co-editor of the 12 year running on line monthly poetry journal Poetry Life and Times. (See its Wikipedia entry at http://en.wikipedia.org/wiki/Poetry_Life_and_Times). He has made many appearances over the last years in the quarterly journals Canadian Zen Haiku, including In the Spotlight Winter 2010 & Sonnetto Poesia. Previously published in international magazines, recent publications include Voices without Borders Volume 1 (USA), Cold Mountain Review, Appalachian University N Carolina, Post Hoc installed at Bank Street Arts Centre, Sheffield (UK), Uroborus Journal, 2011-2012 (Sheffield, UK), The Poetic Bond II & 111, available at http://www.thepoeticbond.com and Phoenix Rising from the Ashes a recently published Anthology of Sonnets: http://bit.ly/1lIL0jF. He has recently completed a volume of poetry, The World at Large, for future publication. He is currently resident in Spain engaged in poetry translation projects.robin@artvilla.com and you can also visit Face Book site at www.facebook.com/PoetryLifeTimes 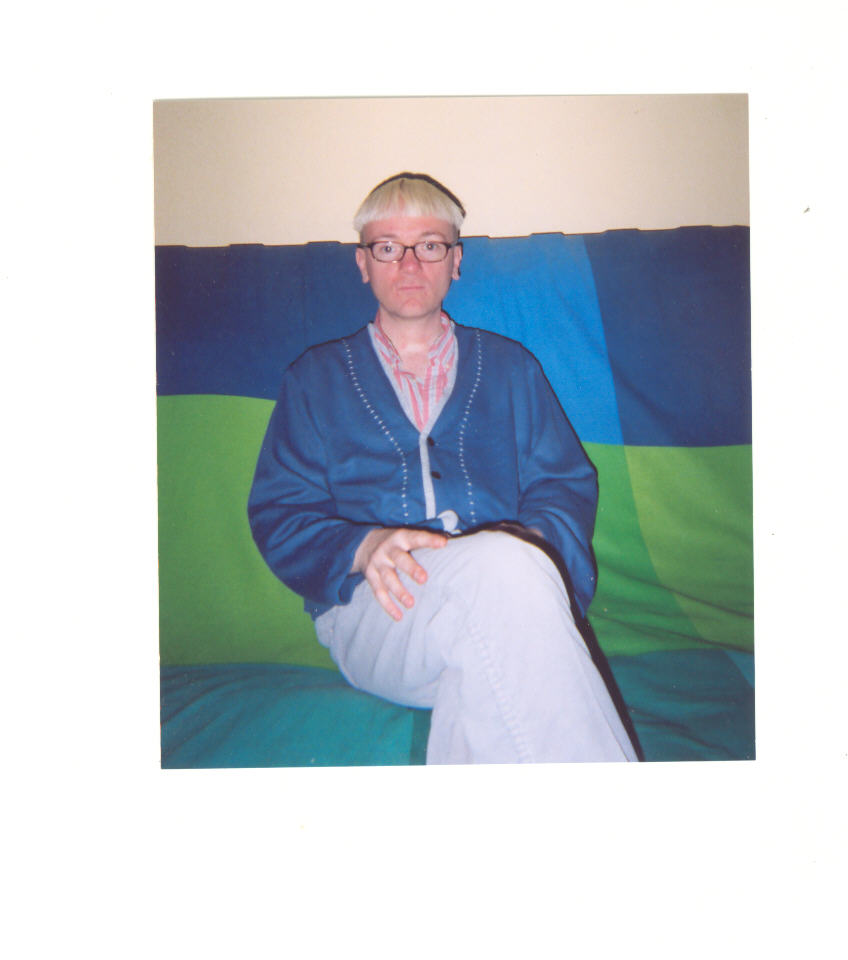 (i.)
Mega-Mart Rebellion
The automatons have broken traits

A shelf-crammer clicked out light.

The Bully’s entrenched behind contrivances.

In nauseous unprofitableness behind racks.

Lit From The Bottom
Spite is wrangled.

Immortal is your stress, harpingly distinct.

No wind-up’s in vista.  Smalt,

Shaved before noon.  The blunt cloudburst

Roughened at arms-length.  A skirmishanked

Corrugation of the applicability

Grudge – no man-o-luck’ll scan you

For faith-pinning by his false witness.

Anticipated untruths clot in your head,

A problem of sober provocation.

Peep away.  No idiosyncrasy flares here.

We too are curbed.

What did you bargain for?

I’m in a fixed foreboding of undertakers,

Well, so it peeves. In 1998 I won a Northern Arts writers award.  In July 200 I read at Waterstones bookshop to promote the anthology ‘Titles Are Bitches’.  Christmas 2001 I debuted at Newcastle’s famous Morden Tower doing a reading of my poems.  Each year I read for Proudwords lesbian and gay writing festival and I partake in workshops.  2005 saw the publication of my collection LOVEBITES published by Chanticleer Press, 6/1 Jamaica Mews, Edinburgh.

Christmas 2001 The Northern Cultural Skills Partnership sponsored me to be mentored by Andy Croft in conjunction with New Writing North.  I   made a radio programme for Web FM community radio about my writing group.  October-November 2005, I entered a poem/visual image into the art exhibition The Art Cafe Project, his piece Post-Mark was shown in Betty’s Newcastle.  This event was sponsored by Pride On The Tyne.  I made a digital film with artists Kate Sweeney and Julie Ballands at a film making workshop called Out Of The Picture which was shown at the festival party for Proudwords, it contains my poem The Old Heave-Ho.  I worked on a collaborative art and literature project called How Gay Are Your Genes, facilitated by Lisa Mathews (poet) which exhibited at The Hatton Gallery, Newcastle University, including a film piece by the artist Predrag Pajdic in which I read my poem On Brenkley St.  The event was funded by The Policy, Ethics and Life Sciences Research Institute, Bio-science Centre at Newcastle’s Centre for Life.  I was involved in the Five Arts Cities poetry postcard event which exhibited at The Seven Stories children’s literature building.  In May I had 2006 a solo art/poetry exhibition at The People’s Theatre why not take a look at their website http://ptag.org.uk/whats_on/gallery/recent_exhbitions.htm

REVIEWS: I have written poetry reviews for Poetry Scotland and Jacket Magazine and in August 2007 I made a film called ‘A Blank Screen, 60 seconds, 1 shot’ for Queerbeats Festival at The Star & Shadow Cinema Newcastle, reviewing a poem…see www.myspace.com/queerbeatsfestival  On September 4 2010, I read at the Callander Poetry Weekend hosted by Poetry Scotland.  I have also written Art Criticism for Peel and Combustus Magazines.