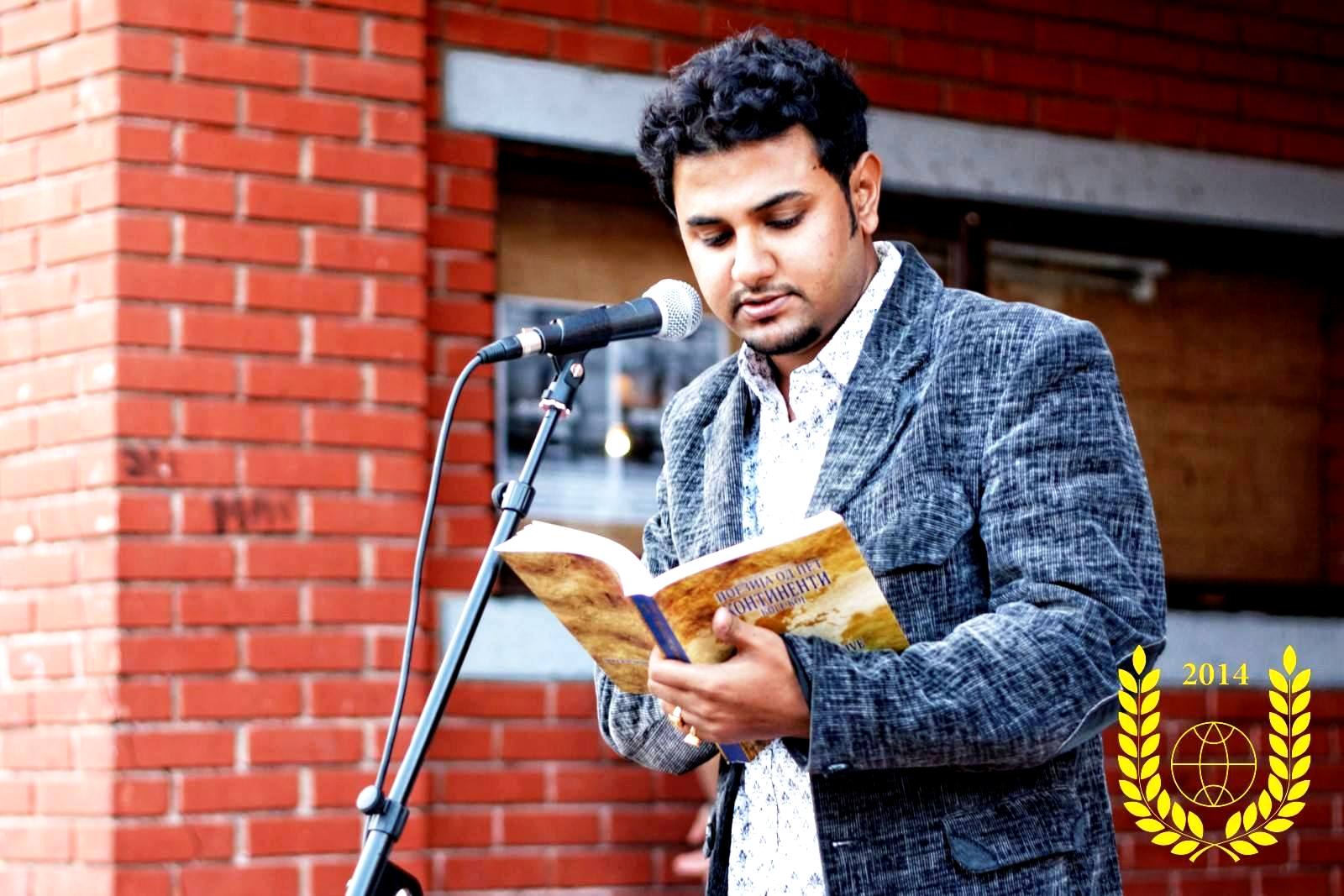 She was a creeping winter,
coiling and settling into the wardrobe
of my lined collections-

of cassettes and clothes
(Scattered in a bachelor’s room)

Suits arranged by brands
fragranced by sensuous nights
brought by you molded me
into a gentleman
below uncombed hairs
and unwashed hands.

I was into lessons to be clean
while
I was feeding on my love.

From a scrappy life
beside a pond
abound with weeping cranes
she was the only fish
in front of my hungry beaks.

from an act worthy of no mercy. He is the Editor in Chief of The Enchanting Verses Literary Review and Editorial Board member of Multilingual Magazine Levure littéraire based in Paris, France.
Details of his works can be found at www.sonnetmondal.comwww.facebook.com/sonnet.mondal