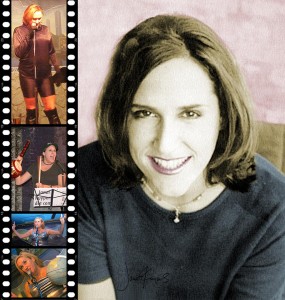 She has had over 70 books published and close to 40 audio CD sets released, and is published in books, magazines and on the internet around thousands of times for her writing and art work in her professional career, profiled in such magazines as Nation and Discover U,where she won the award as Poetry Ambassador and was nominated as Poet of the Year. She has also been highlighted on radio stations, and has appeared on television for poetry repeatedly.

She turned her writing into performance art on her own and together with musical groups, and ran a monthly Podcast of her work for years, as well mixed JK Radio — an Internet radio station — into Scars Internet Radio (radio stations which ran between 2005-2009). She ran the Chaotic Radio show through BZoO.org and chaoticarts.org (2006-2007). She has performed spoken word and music across the country – in the spring of 1998 she embarked on a national poetry tour, with featured performances, among other venues, at the Albuquerque Spoken Word Festival during the National Poetry Slam; her bands have had concerts in Chicago and in Alaska; in 2003 she hosted and performed at a weekly poetry and music open mike (called Sing Your Life), and from 2002 through 2005 performed quarterly performance art. Since 2010 Janet Kuypers has also hosted the weekly Chicago poetry open mic at the Cafe (http://www.chaoticarts.org/thecafe), where she also runs a weekly poetry podcast.