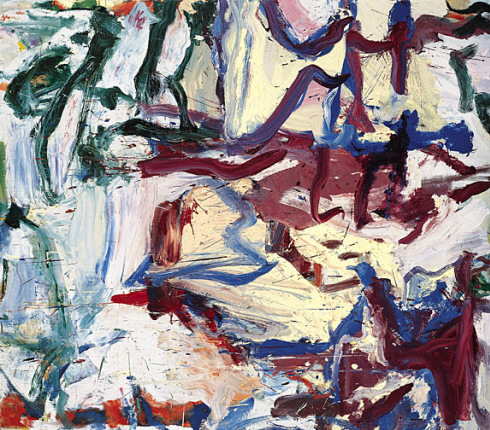 (after the painting by Willem de Kooning)

It is his whose name
was writ in the calligraphy
of swirling, arching waves
without the eyes and ears
spurs and tails
of word or sound
in human alphabets
where no one heard him speak
the language of the sea
his sermon on the mount
of turbulence
whose name is lost—
he proclaimed dominion
over tide and time
then sank alone into a sea
of disregard. 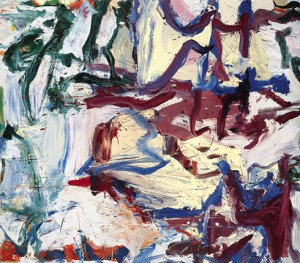 Biography: Nominated for the Pushcart Prize and Best of the Net, Neil Ellman writes from New Jersey. More than 850 of his poems, many of which are ekphrastic and written in response to works of modern and contemporary art, appear in print and online journals, anthologies and chapbooks throughout the world. His first full-length collection is Parallels: Selected Ekphrastic Poetry, 2009-2012 (Omphaloskeptic Press). 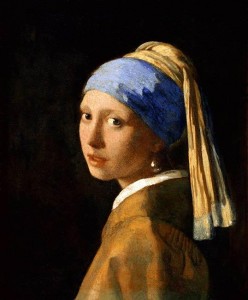 A sunny afternoon, think of Vermeer.

Here is the apple, here the rounding side

of the blue pitcher. On the scrubbed wood just here,

she puts the pitcher down, so that the slide

of drops against its lip catches what light

there is for pitchers here this afternoon.

She does not really see the drops, or quite

attend the blue. A common thing. But soon

the tide will turn, and salty smells will rise

to circle in the street, and to her ears

will come the voices. Then doorways to her eyes,

then other days than this afternoon’s years.

She will stop to hold this moment near,

and drop the pitcher, and betray Vermeer.

Annie Finch is a highly acclaimed, widely published, and extremely gifted American sonneteer, whose complete biography and literary career are to be found by searching “Wikipedia Annie Finch”. Her inimitable sonnet, “Still Life”, which we republish here, has previously appeared countless times in poetry anthologies and books, journals in print and E-zines. Annie Finch is also a highly reputed poetry and sonnet critic. 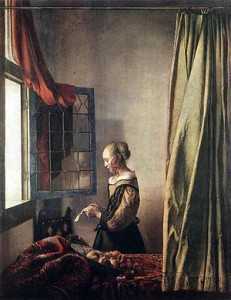 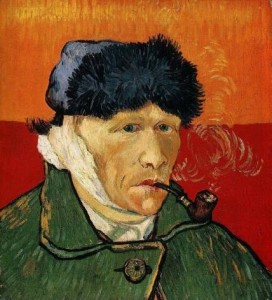