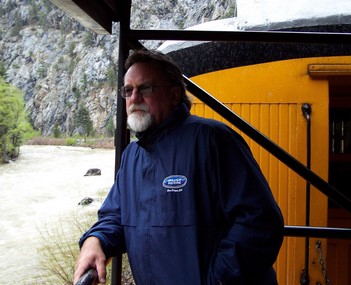 So it was for them,
and for countless others,
as they grew and struggled
in a soulless-system, seeking-out
their identities, their paths, their purpose,
their successes, as captivating circumstance cajoled
(each) with a fool’s panacea. People much like cold calderas,
once bold and forceful, now, sadly subject to
the chronicles of yawning indifference.
~
A cop’s wife beat
down {oppressed}
seeks retribution in her world
of make-believe.
A sister’s husband beats her; it
rewires her heart and mind; cursed,
he dies soused in a head-on,
leaving her and an
(only) son alone
unloved.
Years go by…
EVER deprived of model,
the son loses his bearings, angry,
arrogant, aggravated, he curls inward,
embraces his wounds, weed, alcohol, pills,
ends up wayward, darkened, lessened, a miscreant
seeking refuge in a Wiccan’s ramshackle garage
where he drinks and smokes himself numb,
and lines the framing with hundreds
of empty bottles he pretends are medals
~
These accounts
proliferate like weeds,
in every city and township
the wounded (financially solvent
or in straitened circumstances) exist in
an odd state of melancholic un-belonging,
souls seeking freedom, wings, peace,
meaning, as opposing forces
relentlessly push back
with impudent vigor
ugly converting
influences
staunch
unbending
unwavering
deceptive assuredness
vomiting multiple sides of
similar theories simultaneously
caught betwixt shadows of indifference
as side by side miseries annihilate
meaningful purpose
~
And they persist,
like wildflowers and weeds, a
pandemic of fraught souls struggling,
(employed or destitute)
surviving alone,
unloved in a soulless system,
scorned, segregated, separated,
alone dreamers dreaming dreams of
beautiful things that remain [for them] unrealized … A new hard-fought adventure/thriller, BETWEEN THE CRACKS, was completed March 2014 and will be available summer 2014. August 2007 Richard was nominated for a 2008 PUSHCART PRIZE by the Mississippi Crow Magazine. Richard was awarded 2007 BEST NEW FICTION at CST for his first three novels and also 2006 WRITER OF THE YEAR @thewritingforum.net …
Richards work has been featured on Poetry Life and Times, Artvilla, The Taj Majal Review, Hardy Alpha 1, ChristianStoryTeller, The Mississippi Crow Magazine The Path Magazine, and in varied anthologies, compendiums, and e-zines. Richard’s literary work is currently in over 35,000 data bases and outlets. Richard’s other novels include: A Monumental Journey… In Search of the First Tribe… The Underground River… Beyond Understanding. All four are in the Monumental Journey Series.

Richard has been privileged to travel extensively throughout the USA, the provinces of British Columbia, Manitoba, Alberta, and Saskatchewan in Canada, the Yukon Territories, Kodiak Island, Ketchikan, Juneau, Skagway, Sitka, Petersburg, and Glacier Bay, in Alaska, the Azorean Archipelagoes, and throughout Germany, Switzerland, Spain, and Holland… Richard and his wife, Michele, have been avid adventurers and, when time permits, still enjoy exploring the Laguna Mountains, the Cuyamaca Mountains, the High Deserts in Southern California, the Eastern Sierra’s, the Dixie National Forest, the Northern California and Southern Oregon coastlines, and the “Four Corners” region of the United States.

Richard designed, constructed, and operated a MIDI Digital Recording Studio – TAYLOR and GRACE – from 1995 – 2002. For seven years he diligently fulfilled his own musical visions and those of others. Richard personally composed, and multi-track recorded, over 500 compositions during this time and has two completed CD’s to his personal credit: WHAT LOVE HAS DONE and THE PATH. Both albums were mixed and mastered by Steve Wetherbee, founder of Golden Track Studios in San Diego, California. Richard retired from music after performing professionally for fifteen years and seven years of recording studio explorations. He works, now, at one of San Diego’s premier historical sites, as a Superintendent. Richard is also a carpenter and a collector of classic books, and books long out of print.