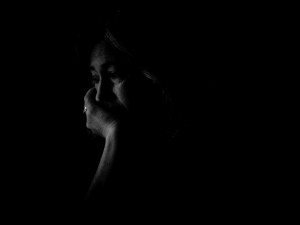 For when I am
Particularly vulnerable,
Incisors snap rhythmically;
Primal blood-hunger seeking
Satisfaction in its quest to
Find the easiest part of
Me to tear into

“Its cunning
Is wolf cunning,”
(London wrote) and
There is nothing I can do
To appease the brooding

As it lies in wait
For strength to falter,
Or for a cessation of defenses,
Or for weary eyes (fixed on surviving)
To lose their joyful glimmering

This black dog follows me-
Relentlessly
Passing as a shadow
Amongst shadows,
Watching doggedly
For an open window,
Or some doorway,
Unlatched,
To allow it ease of entry 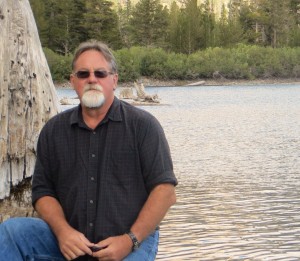 SHORT BIO
August 2007 Richard was nominated for a 2008 PUSHCART PRIZE. Richard was awarded 2007 BEST NEW FICTION at CST for his first three novels and also 2006 WRITER OF THE YEAR @thewritingforum.net … Richard has been a featured Poet on Poetry Life and Times Aug/Sept 2008, Jan 2013, Aug 2013, and Oct 2013 and has been published in varied anthologies, compendiums, and e-zines. Richard’s literary work is currently in over 35,000 data bases and outlets. Richard’s novels include: A Monumental Journey… In Search of the First Tribe… The Underground River… Beyond Understanding. A new novel, Between the Cracks, was completed March 2014 and will be available summer 2014.