…the warm waters of the Punic ports stir fitfully… City of Bones, languid and arid, it sleeps, skeletal ruination of Phoenician dominion,Hellenistic citadel, on the eastern shores of Lake Tunis, once a sandy jewel in the crown of Elissa,birthplace to Hannibal,and legends of endless war… the squawking of gulls threatens the silence1.) Confessio Nunquam — my voice will hide —the membranous gates to my secret heart are stitched shut, sown of coarse thread, spun of denial,I let nothing bathein the revealing light of day,hiding nakednessbehind a fragile, cracked, mirror-mask,a spiders’ web map, faultlines of the psyche… — Sssshhhhh—!2.) A Strange Blindness  History obscured behind a wall of lucid dreaming,soft-focus P.O.V.through the vaselinesmeared over a camera lens,I clutch the Past to my chest,cautionary, restrictive,custodial, prenominal,let no picture escape, no imagebe seen, no tableau unfold,sub-rosa, clandestine,none can know the Truth… — cryptic, let sleeping dragons lie —  3.) Sigmund Benedicta …shamed, I camouflage my ferocity… I am struck mute. searing magma of flaming tearsbehind eyes swimming in the memory of damnation, while shameful denial forms the lyricsto a song stuck in my throat,words set to the music of heartbreakwaiting to play before an audienceeager to judge… chaotic, quixotic, impracticable and dreamymy anarchy seeks its voice — hush, I will not speak —4.) The Justinian Variation the dam breaks, the levees are overrun,the hot stones of the rocky shoreline hissas the waters cascade inward from the harbor the necropolis coughs its mythsinto the air, fable and folkloredancing with skeletal ghoststhrough the haze of antiquity, and the waters rise yet higherand the sun-baked ruins grow cool The sound of my voice astonishes me:bygone phonems, repressed grammarand disremembered syntax mix with nostalgiacreating a lullaby for ravens. Unrestrained, I sing powerfully in the City of Bones,the squawking gullsmy choir…

We are never quite done

with the gloomy castle

it shadows all our domestic hours

from birth through the sapling years

It stands on a steep embankment

surrounded by a thick, dark forest

and from its battlements

unlucky souls observe in the distance

Below, in the icy castle grounds,

freezing and forgotten by all

but their closest kin—

but nothing eternal to it.

The sun that rises elsewhere

will not penetrate this structure

hidden as it is, under northern mists,

of light and dark.

Though the city is your new mistress

you may encounter this castle

animated by an almost human moon,

the eerie chatter of small

And you may encounter stone griffins

or other frozen phantasmagoria ,

and ponder why it is

that you always approach Her

with frost stinging your skin

and the air painful to breathe.

And there’s never any wind

it’s always so still and ponderous—

an ocean of souls (anticipating fire)

so vast, so domed, so utterly silent. 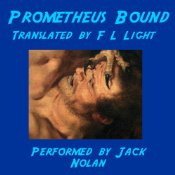 Prometheus Bound Aeschylus Translation by F L Light Rapid Traffic Press New York. The opinions expressed in this manuscript are solely the opinions of the author and do not represent the opinions or thoughts of the publisher. The author has represented and warranted full ownership and/or legal right to publish all the materials in this book. Prometheus Bound: Translated by F L Light ISBN-13: 978-1477684016 ISBN-10: 1477684018 All Rights Reserved. Copyright © 2012 Frederick Lazarus Light, [email protected]

After Zeus has learned that Prometheus stole his sovereign property, fire, and conveyed it to mankind, he orders Hephaistos, under the direction of Power and Force, to bind his adversary to an arduous crag of most difficult remoteness on the earth. As the Titan responds to this punishment, the reader is inspired with the fire of individual affirmation, devoted indomitably to life and liberty

F L Light in three categories of poetry has produced most of his work:

In epic his original works are Fighter Herakles Perforce, Shakespeare Undiminished, The Woman of Venereal Furies, A Book of Girds for Bob Giroux, and Cleopatra’s Kingdom of Idolatry. These are all in sonnets written. His translated epics are The Iliad in 1823 sonnets, and the Argonautica, about seven hundred sonnets.

In drama, he has written twenty eight dramas, all in his own form of Greek tragedy. Twenty four of them comprise the Gouldium, a series about Jay Gould and his enemies.

Light has also translated six Greek tragedies, four of which have been produced for Audible.

Light has published about thirty five books of couplets, most of them on economics. Shakespeare Versus Keynes is now in production for Audible.

Buckle &, Lucid Rhythms, Raintree Review, International Poetry Review, Cowboy Poetry Press, Mobius, Hrafno, and Troglodyte are some of the magazines he has appeared in. 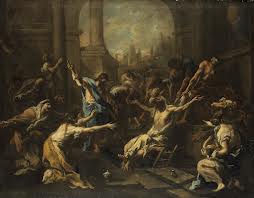 … Truth is a mansion, a many buttressed cathedral,
Notre Dame de Despair au Île de la Nuit, a gothic sprawl
of unending night where the light from a single dim candle
burns, beckoning, but the blind faithful do not see,
no one comes …

Armored in its solitude, it is a sanctuary built on screams.

i) Godforsaken and Estranged

At sunset, will the rain stop falling?

There are shadows dancing across the freeway,
ghosts of Promises Past, reminders
of All the Things We Could Have Been,
both evolution and mutation,
both supposition and deduction,
no answers,
racing to and from the recesses of memory,
leaping the gaps between ganglia,
tracing tortured neuropathways,
and as they slide grayly over the racing bodies
of personal destiny, they dissolve these seeds
of the future, leaving only quicksilvered ash
on the road haunting the edges
of the map of the soul.

A soiled and dirty penny lost
in the dark folds of a trouser pocket,
Fate drizzles across the pitted pavement
falling from clouds stained
by disillusionment,
the disenchanted deprivation
sends lightning down a dead spine.

ii) Anno Corporealis: The Bondage of Flesh, Cold and Dark

The Dreamer, staggering under his load of Sins, awakens…

Frightened, yet triumphant,
the broken marionette dares to rise,
legs shaking, atrophied musculature straining,
sightless eyes locked
onto the face of the Godhead,
the inscrutable divinity laughing
in a whispery croak,
and
the imprisoning cloak of flesh
enveloping the Dreamer
splits and cracks,
unable to completely contain
so much promise at last galvanized
into trembling, unsteady motion —
the Road to Utopia
and the Road to Ruin
converge —
the Divine Source vomits forth
a Promise of Eternity,
a shop-worn brand of immortality,
sold at discount prices.

Sunset finally settles over the rainswept cathedral,
a sanctuary, where each prayer ends in a scream. 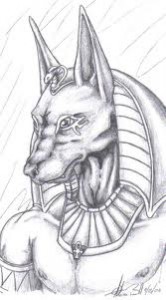