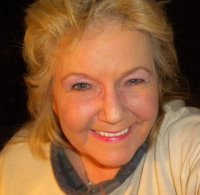 Through the foggy lens
Of an early morning haunting
The ghosts of summer,
Windblown voices
And hazy dreams
Still linger
In the blue shadows
Of a dying star

My footsteps crunch and crackle
On a scatter of pebbles and leaves
That whisper secrets
Into the outstretched palms
Of this early morning haunting.

I watch the sun rise;
Ash to ember to flame.
I listen to the wind;
Silence to whispers to voices

I’m alone, but not alone
I walk with ghosts
In the blue shadows
Of this early morning haunting
Haunted 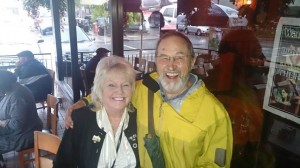 Candice James is Poet Laureate of New Westminster, B.C. and President of Royal City Literary Arts Society. She is a poet, musician, songwriter and author of six poetry books A Split In The Water (Fiddlehead 1979);Inner Heart―A Journey; (2010), Bridges and Clouds (2011); Midnight Embers–A Book of Sonnets (2012); Shorelines-A Book of Villanelles (2013); and Ekphrasticism (2014). Websites: http://saddlestone.shawwebspace.ca and www.candicejames.com