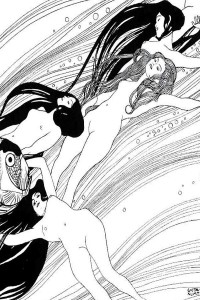 Bubbling, taunting, time’s dark tide,
each eddy swirled,
in sagging flesh;
In days, in hours, speeds our slide,
our being hurled,
to tomb from crèche.
No sooner fecund than denied;
Disdain time’s breakneck, lethal ride.

Knowledge, hard won, weights its worth,
‘gainst failing mind,
that scarce recalls;
Wisdom, harboured, from man’s birth,
To nought consigned,
wets where he falls.
A lake of tears, a cup of mirth;
To silent slake some acrid earth.

Hard life, hard passed, fades to grey,
consigned to dust,
all trials borne;
Each pain endured, cold away,
each love each lust,
cut down like corn.
No mem’ries triumph o’er decay;
None worthed above another’s fey.

Conq’ring, lacking, coined the same,
no winnings pays,
nor debt foregoes;
Dies cast, random, call the game,
Yet not one day’s,
their falling owes.
Sham spoils the cheated victors claim;
When whispers time the Reaper’s name.

Comes the darkness, comes the why,
we pain to live,
for naught but this;
To bear each blow, breathe each sigh,
our all to give,
for one cold kiss.
In death’s embrace from womb we lie;
Each moment lived to naught but die!


A River Run…’is an excerpt from:
In A Mirror Darkly.. 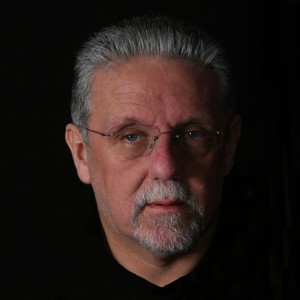 BIO:
Sullivan The Poet
Born a British subject of an English mother and Irish catholic father in the late January of ‟53; „Sullivan‟ spent his early years with his family in the Far East. Returning with his parents to England in the late fifties where he was subsequently educated.

Thereafter pursuing what could perhaps be best described as a broadly colourful career; with callings as diverse as gun dealer and consultant, freelance journalist, magazine editor, commercial photographer, publican, fleet limousine operator, lecturer and an unpaid „Special Needs‟ tutor: To name but a few – even a brief spell under the flag enjoying the Queen‟s shilling!

Throughout which the only truly common thread has been his writing, an enduring passion never completely abandoned; Fuelled by his lifelong fascination with not only the beauty of the English language and its literature in general, but the richness and diversity of its poetry in particular. A fascination well illustrated in the almost perverse multiplicity of styles and subject matter contained within this slim volume and others…

Widely published in mediums as eclectic as his work, from poetry anthologies to text books; wall hangings and mixed media fine art works: „Sullivan‟ is seemingly content to share, with anyone and everyone, and in whatever poetic medium takes his fancy; His works, his philosophies, his passions…