Absent his head
he will lose self-consciousness and
consummate his relationship with wild abandon
No more Fuck me! Harder! Fuck me rigid!
None of that will be necessary if she eats his head

He fucks her royally
and feels satisfied

She is also fulfilled
and feels warm glimmers of compassion

Then, not tempting fate
he slowly and quietly disengages himself
and hurries off
into the vast corn field 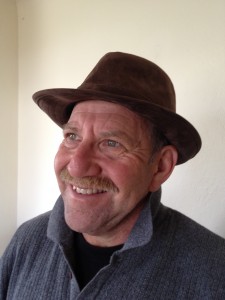 Work by Mitchell Krockmalnik Grabois appears in magazines worldwide. Nominated for numerous prizes, he was awarded the 2017 Booranga Centre (Australia) Fiction Prize. His novel, Two-Headed Dog, based on his work in a state hospital, is available for Kindle and as a print edition. His poetry collection, THE ARREST OF MR. KISSY FACE, published in March 2019 by Pski’s Porch Publications, is available here. Visit his website  to read more of his poetry and flash fiction.