Okay, it’s all about the Oxygen

Okay, so I like to think of myself
as a history buff.

And no, I don’t pay attention to
American history,
or even the details of, like, the ancient
Roman Empire
or anything – for the most part,
I’m not even
interested in the history of people…
To quote Linus
in Peanuts, “I love mankind, it’s people
I can’t stand”…

Yeah, I know, my history’s older than the
human race:
how was this Solar System formed?
Or the Earth?
How was this planet able to sustain life
so that we humans
could sit around thinking about
this stuff?

As I said, when I think history,
all I can do
is gather evidence and theorize…
But really,
that just shows that there are times
when I’m actually
transfixed on a truly more universal
puzzle.

So look, I know I’ve studied way back
to when matter
didn’t even exist yet in this Universe,
or how matter formed.
I know theories about asteroids bringing
the building blocks
of life itself to this planet. And sure,
scientists think comets
brought water to planet Earth, too.
But when I think
of early Earth, when it formed, it was a real
mess, there were
constant bombardments with objects
from outer space,
volcanoes were going off constantly,
and the atmosphere
was all sulfur and methane, thanks
to the volatility
of Earth mach one. And okay, comets
may have brought water,
and water has Oxygen in it, but really,
back then the atmosphere
was a bunch of un-breathable stuff
to us humans.

Okay, so because there was no Oxygen
in the atmosphere,
any life that started on Earth mach one
probably thought
Oxygen was poisonous. (Because okay,
I know there’s nitrogen
in our atmosphere, but if there was
no Oxygen
and it was replaced by sulfur
we couldn’t live,
but early life living in a sulfur-rich
environment
may find Oxygen is toxic to them, right?)

Okay, so I know
the universal historian inside of me
wanted to know
how Oxygen actually got into our air,
so human life
(or any life as we know it here on Earth)
could actually begin.

Okay, so paleontologists study fossils,
and the found some
that are two hundred million years old,
like in Earth mach one.
Think about it: this was cyanobacteria from
two hundred million
years ago, near what scientists now call
the great Oxygen event
(which is what they call the biologically
induced
appearance of Oxygen in the air).
Well anyway,
in Earth mach one, any Oxygen that existed
was just dissolved
by the molten iron (that same iron
that formed
the Earth’s inner core, I imagine).
But the thing is,
this cyanobacteria used photosynthesis,
making Oxygen.
And once there was so much Oxygen
that it couldn’t be
dissolved into the then saturated reserves,
all that Oxygen
stayed in our atmosphere instead.

I don’t know, I keep trying to piece together
this puzzle,
but this whole ‘Universe puzzle’ is a pretty
massive endeavor.
I mean okay, all matter that we can monitor
only takes up
maybe four percent of this Universe.
And I still don’t
know how to fit the idea of Dark Matter
into this puzzle
I’ve been working on… So maybe
I’ll have to reassess
learning everything about everything right now,
and work
with stuff like the Oxygen around me
instead… 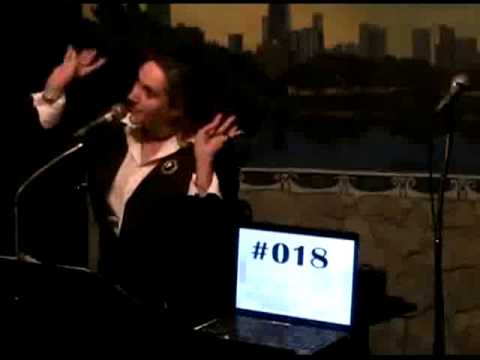