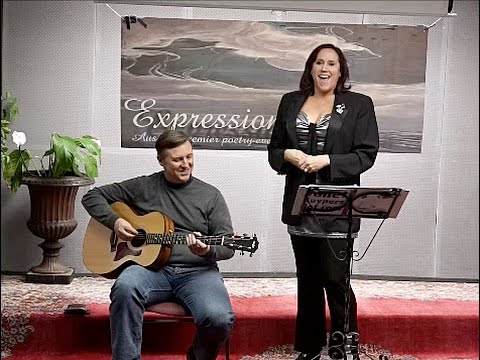 Below are writing links, video links and images from a January 7th 2017 (1/7/17, or 20170107) poetry performance of Janet Kuypers’ Austin poetry feature through “New Year, New Poems” live in Austin Texas.

The theme of the night with other features was about poetry and messages that reflected coping with upcoming changes in the future, and Janet Kuypers covered this very explicitly in her show of all 2017 poems that talk about taking charge in your life and making YOUR future the way YOU want it to be. Her “Beginning Anew” show was also accompanied by acoustic guitar from John, and in her second poem.

Before the show started she also released copies to most everyone there of a chapbook of the writings she was performing in her show (in the order they were performed), and all of the pieces from this reading were also released electronically in a “Beginning Anew” chapbook, which you can download as a PDF file for free any time.

“only choice is to build”
“our futures”
“Evolving, Connecting and Confounding”
“optimizing your odds”

Bonus videos include 3/4ths of this show being performed as one long piece at Kick Butt Poetry: Spoken and Heard the next day. 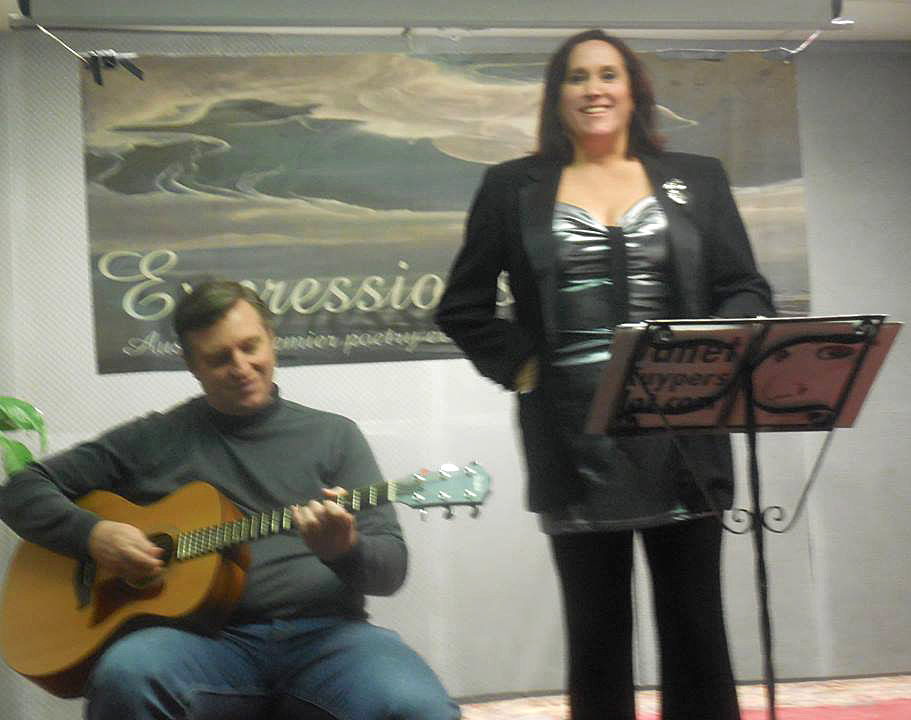 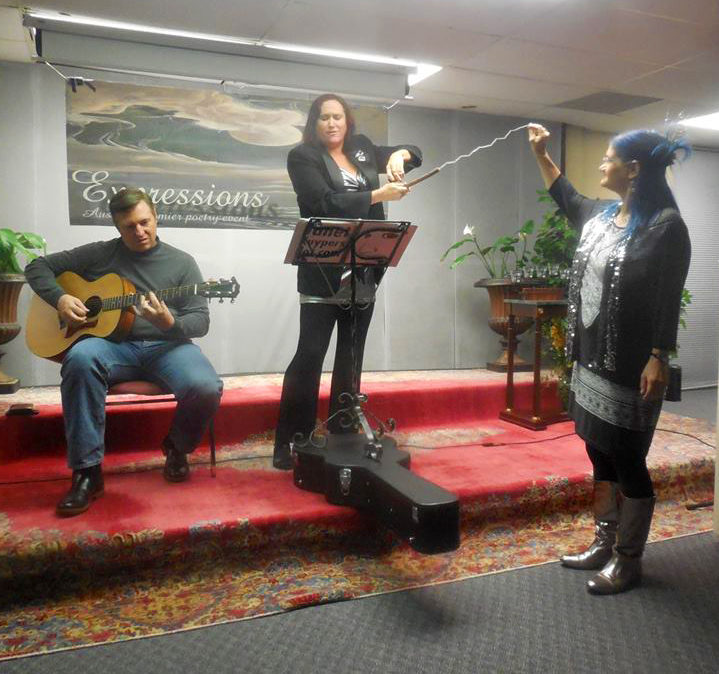 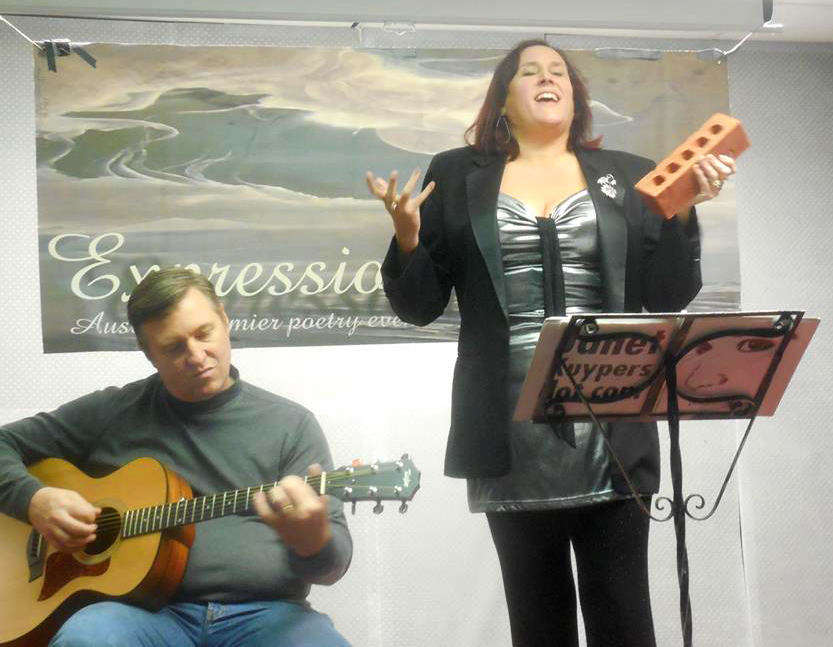 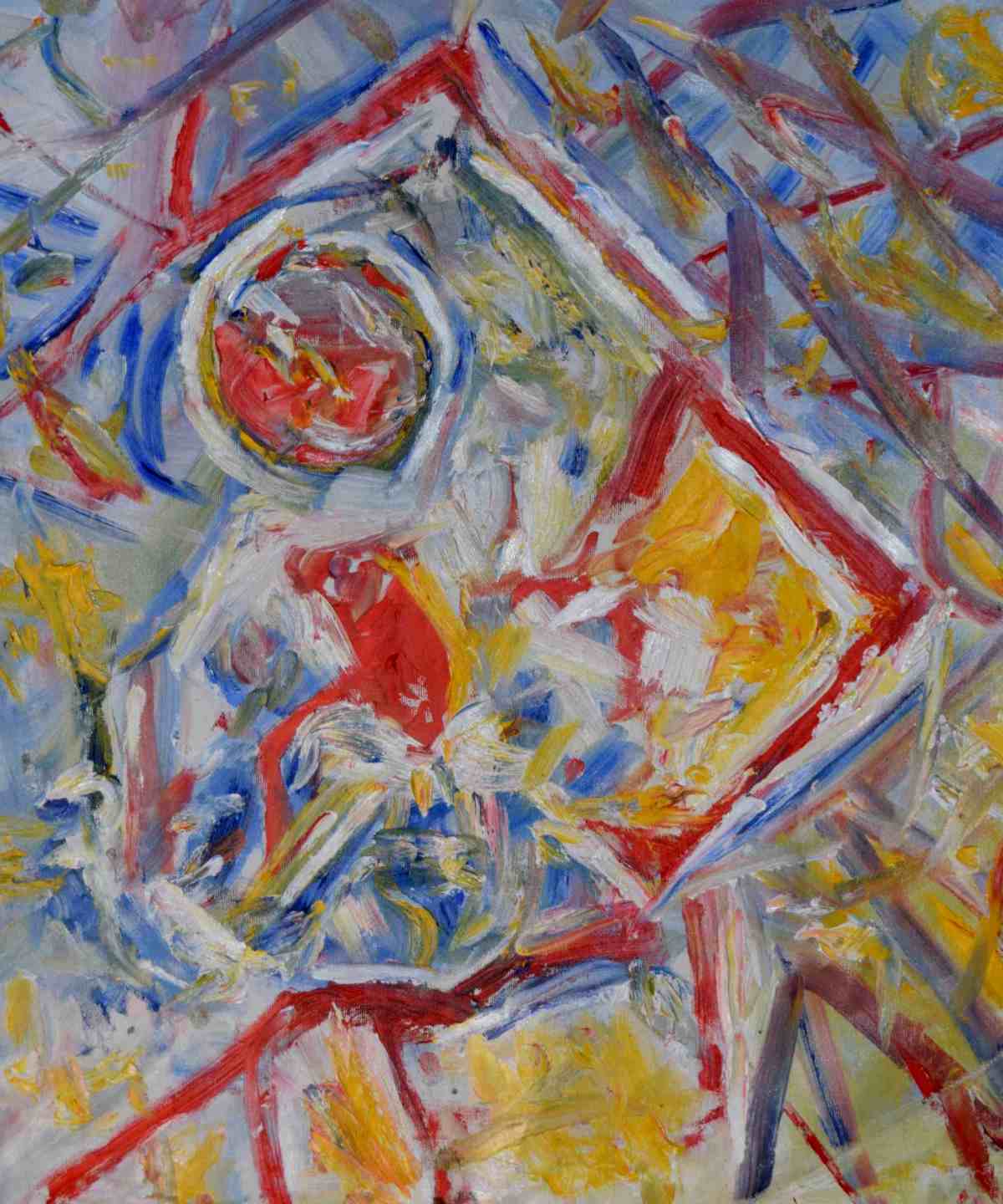 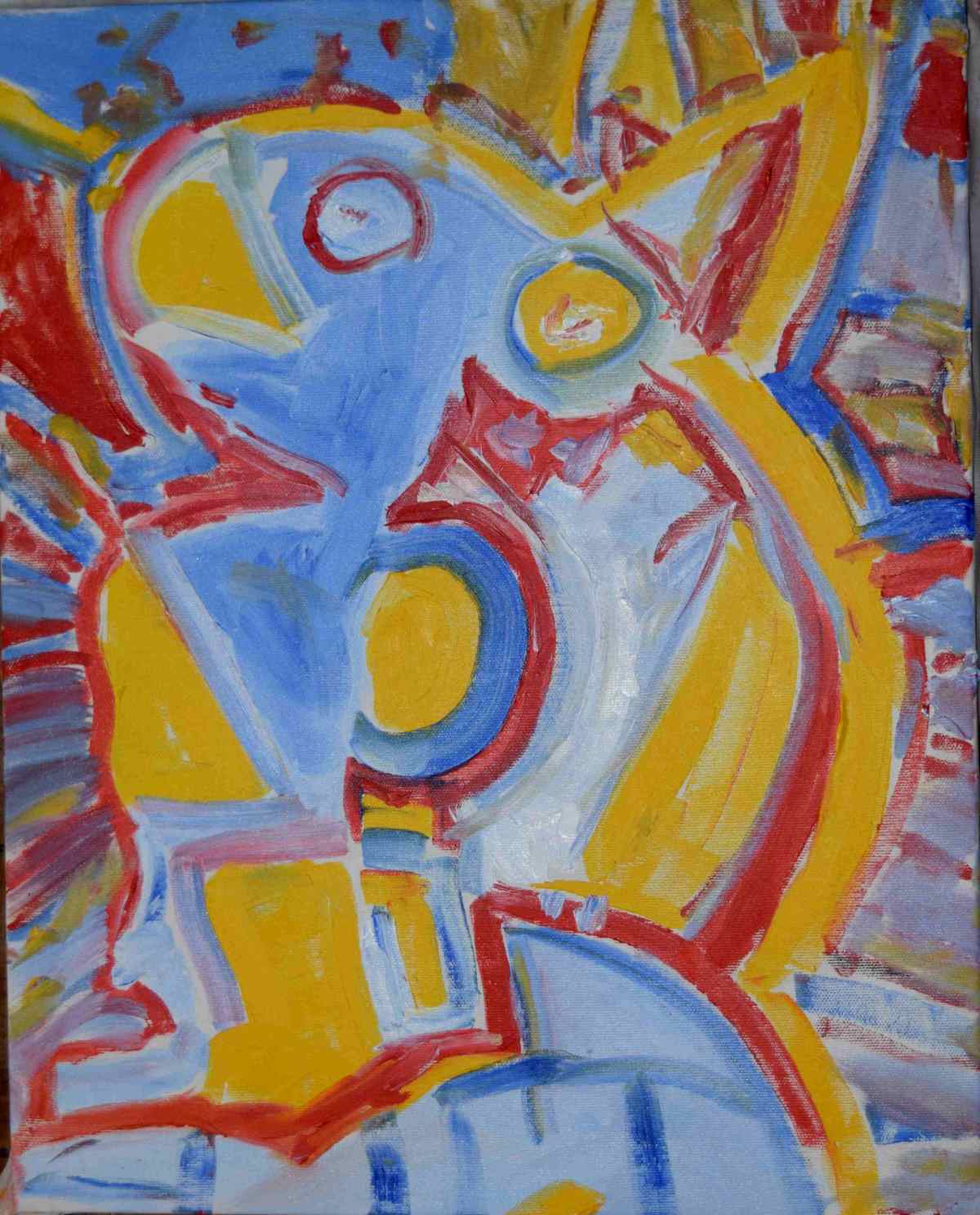