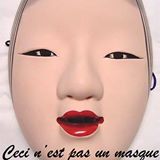 Marie Marshall is an Anglo-Scottish author, poet and editor. Her first collection of poems, Naked in the Sea, was published in 2010 and reviewed in Sonnetto Poesia that same year, and her second collection, I am not a fish, in 2013. Since 2005 she has published over two hundred poems, mainly in magazines and anthologies, but the most extraordinary places in which a poem of hers has appeared include on the wall of a café in Wales, and etched into an African drum at the New Orleans Museum of Art. Her first novel, Lupa, was published in 2012. She is well-known in Scotland for her macabre short stories. Her web site can be found at mairibheag.com. Of writing poetry and sonnets she says, “I did not start writing until 2004, so I am very much a twenty-first century writer. I write anything, any kind of poetry that I feel the urge to tackle ― sonnets included.”