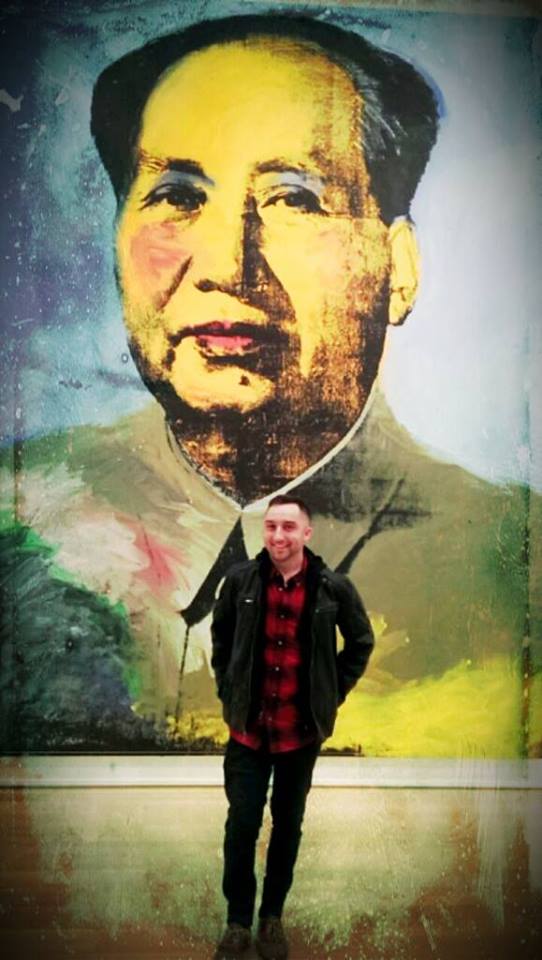 today’s sunrise was uploaded from a floppy disk,
and the wharf carried the same smell of fish
from the Mississippi,
decaying in splendor as their guts
replaced graffiti in the gulf.

it was an old Tuesday,
the kind where God hanged meat from the hooks of His Butcher Shop
and Eddie smoked his last cigar.

i recall the dawn of that day, tucked amongst the bricks
of the slaves’ quarters,
masked behind the draping ivy,
the lone bird of paradise that stood so proudly erect
in the gardens
of The Madame.

we were shipmates,
we were playboys.

the sun’s first rays elongated like a spirit
and soon the drapery was covered in light’s blood
like a shadow.

i am awake now.

it was true,
we were here to worship Venus;
her hands pale with indifference ,
her eyes

worried like the size
of Pompeii, the day that it
was swallowed.

beyond her stone, grey stare
she knows that we are biding time in this city
with whiskey and old cologne

overthrowing the holy men and scribes
who have long since traded their shrouds
for automatic weapons,

who have long since forgotten the scent
of Gethsemane,
her hollyhocks and poppy
breath.

instead, there is the stale putrid air
of fish, and the meth labs
down the road.

we were fools’ gold.

the lights of the neon strip bathed our faces in the
shameless glow that emits
from computer screens, late each night
when no one Else is
watching.

of the Venus Cult.

so sensuous, the way we staggered through the streets,
laughing with anchors tied to our limbs
and hearts,

each
so narrowly escaping.

Born to a family of Bohemian poets in the outskirts of Chicago, Jay Houska is a poet, artist and photographer who explores the spiritual realm of art through themes of southern gothic Americana and Plath- like dreamscapes that cause the reader to immerse themselves in his own vision of the world. He plays the character in many of his poems, though often told from an outside, observant perspective, establishing his own mythology that anchors itself in his earlier works.

Houska’s poetry may be found in his published collection, “Sainthood” (2010), that features the life cycle of an era, and the lucid shadow of dreams in which it was lived. His sophomore effort, due in late 2014/ early 2015 sees the maturation of this initial collection through poems such as “Venus Cult,” who carries off the prophetic images cast in his 2009 work.

With over ten years of writing behind him, Houska attempts to delve deeper into his own aesthetics and publish pieces that are only driven by what he believes to be a manifest, spiritual pulse alive in every work that was meant to be written. Anything short of this nature is to be discarded, and left in the multitude of journals that litter his closets. The end product? A poem that has its own breathe and perspective, and is a living entity of its own.