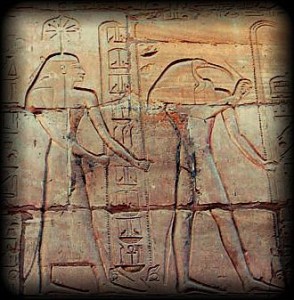 The above poem is an Excerpt from a collection of poems Awake in the Chamber of Darkness.The Egyptian Sequence. Publisher: Mercurius Press, Australia, 2015. ‘Awake in the Chamber of Darkness’ is copyright Ian Irvine (Hobson), 2015, all rights reserved.
Acknowledgements: ‘Hypatia and the Ruined Serapeum’ was published in Poetry Life and Times (UK/Spain) in Aug. 2015.
Image: Seshat writing. This image is in the public domain. 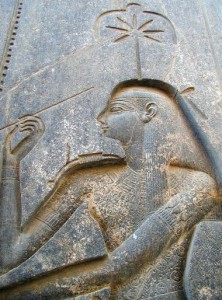