If I could show you how a word can rise —

bring nations out of poverty and war —

perhaps your speech would seek a different guise.

What problems of this world could be deterred

if we revered the value of a word? 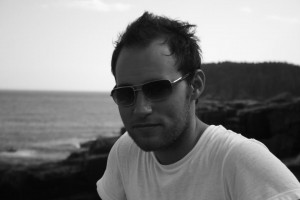 Corey Harvard  from Mobile, Alabama, (B.A. English & Philosophy, University of South Alabama, 2012), is a young American musician, pianist, vocalist and poet. He began writing verse at age 10 and music at age 12 when his parents bought him a keyboard. He went on to win his 8th grade talent show by performing an original song. Since then, he has published poetry and prose in journals including Tales of the Talisman, Pirene’s Fountain and Sense Magazine, and he has also been featured in Alabama’s prestigious Literary Mobile, an anthology of established (historical and contemporary) southern writers. He has served as associate editor of Sonnetto Poesia and Editor-in-Chief of Oracle Fine Arts Review. In 2009, he was a Pushcart Prize nominee.