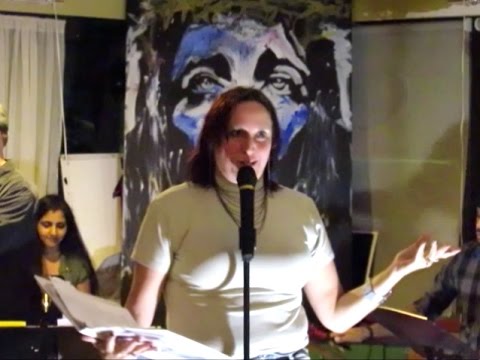 On March 20th, 2017, people got together at Southern Hospitality in Austin TX for a show to celebrate the spirit of Lonzell Haggary with an evening of mini-features, all potentially accompanied by an improv jazz band. Janet Kuypers was the final feature performance for the evening, where she performed poems reflecting different themes, including “Keeping a Record of Going Too Far”, “Yearning to Break Free”, “Entering the Lake of Fire” and “Only an Observer”.

Before the show started she also released a chapbook of the poems included int his performance, and this chapbook “2017 Austin Rhythm Fire” is still available online even during her reading, so anyone could (and can) download as the chapbook as a PDF file for free any time.

Poems included in this performance:
“Keeping a Record of Going Too Far”
“Yearning to Break Free”
“Entering the Lake of Fire”
“Only an Observer”