It’s with the greatest sadness that I relay the passing yesterday morning of Dr. Craig Erick Chaffin. He was a brilliant man of myriad gifts who fought the demons of depression valiantly and who I’m sure shed much light on the disease for many who shared the affliction both in his poetry and on his long-running blog which detailed much of his personal struggle….Norman Ball (October 6. 2013)www.facebook.com/PoetryLifeTimes 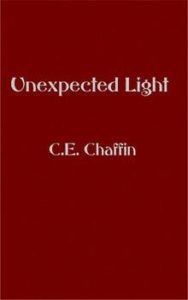 We can be hard on poetic voices that arrive on the business end of a piercing intelligence. Yes, hubris can hobble emotional sensibility all right. But the cerebral can suffer too for the reader’s own shortcomings, or as Heidegger observed, “The most thought-provoking thing about these thought-provoking times is that no-one is thinking.” I suspect we’re led to imagine —through the prism of our own inadequacies —the vapors of a paternalistic tone. Hadn’t we left Dad and algebra homework far behind? Poetry should engage us with all the urgency of a good movie, or so the current thinking goes. Anything more than that suggests work. In Garrison Keillor’s Lake Wobegon all the children are above average. Not so the real world where the bell curve cleans most clocks. How much more umbrage do we take when a cerebral poet does not curtail the full expanse of his aptitudes, damning all journeyman torpedoes? At the least he could abet us in our own plodding skins. Alas the ability to resist placating the unplacatable masses has gone the way of castor oil and village elders. Where are the adults? Everyone is angling for approval. Most are not above stooping to get it either.

C.E. Chaffin is smart, comfortable in his smartness and he wants you to be comfortable in it too. His 6′ 6″ frame notwithstanding, he has no plans to bend though he’s not averse to a little entertaining. Or as John Robinson Jeffers said, “Pleasure is the carrot dangled to lead the ass to market; or the precipice.” The carrots are here. So are the precipices. An admitted manic-depressive, Chaffin has known a “whale’s belly full of night.” Here he poses a Nietzschean reflection on his recurring appointment with the abyss:

You love someone with all your heart.
They are brutally murdered.
After an interminable grief
they magically reappear
and you fall down on your knees
and thank God with tears.
The second time is worse.

After the third funeral
you dread their resurrection
as much as their death
and love becomes a poisonous thing.
You would drive a stake
through their heart
if only you could.

Though it seems ludicrous to have to assert, intelligence is a good thing. The affront comes when mindfulness arrives draped in callow ploys: obscurantism, pedantry, pretentiousness and the like. This is intelligent poetry in the very best sense. Clean and spare, absent turgid image, these poems don’t confound or perplex. Frankly they’re too clever for that. Here are two images epitomizing this “complex clarity” that never veers into self-indulgent periphraxis. First, from “The Gloaming”:

In between the sun’s arc
and the moon’s reign, at the border
of light, the hem of darkness,
is a deep infusing of surrender
in the pale skin of the sky,
the lavender end of the noon
meridian’s power, the violet hour.

This is a beautiful compound image evoking poignancy through the cycle of the sky. Here’s another from “American Zen”:

Like the meniscus
of an abandoned well
walled from wind
by a chimney of stone,
not even a bucket could disturb
my black transparency.

Here we have the curvature of inner space with Rilke’s “unreachable solitudes” all neatly conveyed in the accoutrements of an abandoned well.

If Eliot ladled on the allusions and Williams shunned all but the pre-reflective image, Chaffin strikes a neat balance with his intelligence. He appears to us post-intellectually—”deeper than God burned stone”—all wisdom acquired. Youthful contretemps and bluster have been stripped down to what Chaffin himself has called the “power lyric.” He commences this selection with a rather direct manifesto: “I want to tell the truth/I want to tell it straight.” Fair enough. The implication is that he’s tired of mind play for mind play’s sake. This is an older man’s bid to be understood.

In his Second Inaugural Address, that other manic depressive, Abraham Lincoln, captured the uncapturable nature of the Christian God (a paradoxical feat inevitably doomed to failure.) Speaking near the end of the American Civil War, Lincoln said of each side: “Both read the same Bible and pray to the same God, and each invokes His aid against the other… The prayers of both could not be answered. That of neither has been answered fully.” In “At the Lincoln Memorial” Chaffin empathizes with his co-sufferer about a suffering that only death relieves:

Your face looks younger
than the face from schoolbooks;
the brochure explains
the sculptor used your death mask.

Where Lincoln was a vague theist, Chaffin is a Christian, though his theology tacks more to a grand Lincolnesque ambivalence. There are no graven images or amen choruses here in “An Ex-Pentecostal Examines His Psychosis”:

I want no personal God;
I might mistake him for me.
If there’s a God, and he’s listening,
I pray he ignores this poem.

The clinician is alive and well here too. Though he shares little else with Dr. Williams, Chaffin is a medical doctor in another life. Nonetheless he can’t resist resonating an image with his erstwhile colleague in “Notes from San Miguel”:

Indeed many of his images are products of an empiricist’s unflinching eye. With the doctor clearly in the house, we find ourselves treated to something rare indeed. The melding of the physiological with the sublime creates a third way not available to the typical fine arts artisan. The result, far from clinical in any sterile sense, is rather a dialectical body-lyric beyond, yet still beholden to, mere blood and bones. We have here a maturation of the soul, traditionally the province of metaphysical mish-mash and romantic bromides. Finally it is ceding an awareness of its scaffolding in terms other than the mere weakness of flesh. Here is an excerpt from “Design Flaws”:

One problem with bipedal vertebrates
is that our inside’s too much outside,
organs barely wrapped in flesh
like newspaper on day-old fish
then hung upon a spinal column
like a scarecrow on a stake.
If we had rigid exoskeletons like bugs
we’d all have the same shape
no matter how overweight.

This is not the overheated flutter and heave of Byron and yet Chaffin’s hearts are no less accompanied by an otherness; the irreducible ghost in the machine that can only be called human: “If I fall through the ice/ I am not my hypothermia./I am not my heart’s vacuum’s/cruel absence of presence.”

Then there are the matters of the heart, the veritable book within the book. Are we giving away a secret when we say the good doctor is madly in love? In an overt Nerudan tribute to his one great love (and current wife) Kathleen, Chaffin gushes with a passion mixed with humor: “My heart seeks you like a cyclone. /I would swallow your farmhouse whole.” Indeed love worthy of the name knows no shame, embarrassment or sated appetite. Interestingly in his essay “Towards a New Direction in Poetry” (not in this collection but available on the web) Chaffin offers Neruda and Eliot as the two most influential 20th century poets while at the same time conceding their diametric opposition. Citing Dante as Eliot’s favorite poet, Chaffin notes that “[Eliot] wrote nothing like [Dante].” Indeed Chaffin writes nothing like Eliot, bringing to mind Harold Bloom’s Freudian trope of the sons writing away from their fathers. Far from Anglican reserve, echoes of The Captain’s Verse ring throughout the love poetry. Here is my favorite in full, “Sea Hare”:

When I say, “Do you love me?”
I am really asking, of course,
whether I love you—
dark the gorge below
though not so dark
as losing you.

You are that perfect thing,
the sea hare I held in the moonlight,
translucent, patched with purple,
gelatinously firm quivering
invertebrate jewel
containing the entire sea
in boneless miniature.
So you envelop me.

I am a hollow cedar
stuffed with your scent,
scarred by the fire
of your handkerchief.

My roots run to your ocean—
Ah to hold you naked and wet!

This is a large collection, spanning ten years, 150 pages and myriad styles and life periods. There are even sonnets for formalist tastes. There is no narrative arc in the post-modern sense unless of course the mere passage of a life is permitted claim to arc status. Aristotle’s first element of tragedy is plot followed immediately by character. Here we have plot and character in abundance as the poet ruminates on various twists over a period of years: his losses, his illnesses, his God and his love. This collection is a sometimes harrowing, sometimes joyful journey distilled though a keen expressive mind. From the current navel-parade that is so much of poetry today, Chaffin stands out, bringing some living to the project. Lint need not apply.

NORMAN BALL is a poet, playwright, essayist and musician residing in Virginia. A featured poet on Prairie Home Companion, his poems and essays have appeared in Light Quarterly, The Raintown Review, The Berkeley Poetry Review, Counterpunch, Asia Times, Epicenter, Oxford Magazine, Rattle, Liberty, The Hypertexts, Main Street Rag, The New Renaissance, The Scotsman, The London Times among dozens of others. His essay collections, How Can We Make Your Power More Comfortable? (2010) and The Frantic Force (2011), both widely available on the web, are published by Del Sol Press and Petroglyph Books, respectively. His poetry book Serpentrope will be out Nov 2013 from White Violet Press.