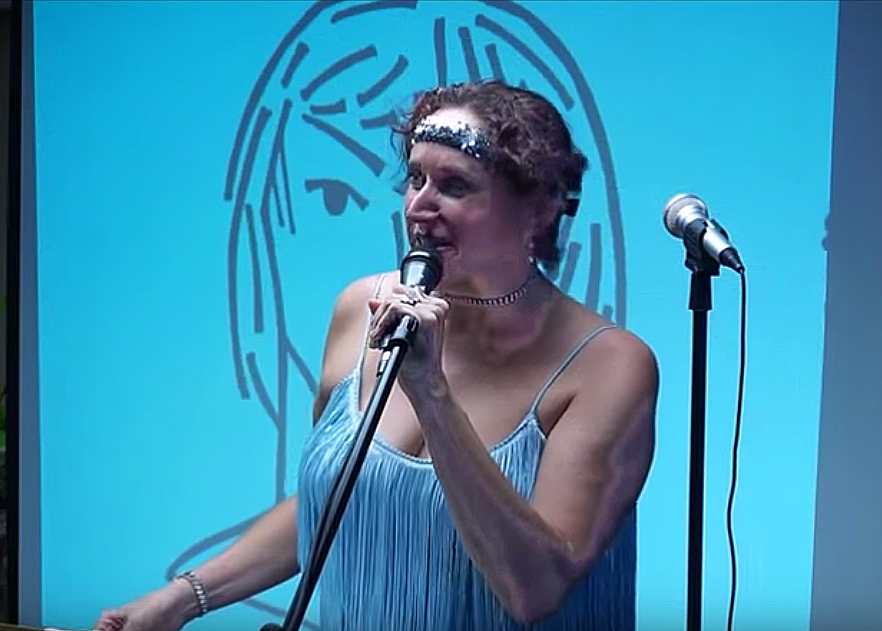 Below are video links from a June 4th 2016 (6/4/16, or 20160604) poetry performance of Janet Kuypers’ Austin poetry feature through Expressions 2016: June is a Woman! at Austin’s the Bahá’í Center about being a woman, and about what women go through. Because she happened to see this spray-painted word on the side of the road this spring (when construction workers often write single words down to indicate things like where power lines are under ground), she had to take pictures with the word she saw, and she therefore decided to title this show “Obey”. In this show she also ran repeating images projected on the screen behind her of her drawings of woman alternating with her edited “Obey” images, and sampled in the background during her readings were instrumentals from 3 tracks from the Laurie Anderson album release, “the Ugly One with the Jewels”. She even explained to the live audience after the show that she even chose to wear a flapper dress for this show, because (A) that time period reflected the time just after women gained the right to vote in the United States, and (B) this clothing was the irst obvious sign of women wanted to stand on their own (and enjoy themselves too). It didn’t hurt that in Kuypers’ animation in her show (like doing the twist or jumping on a hotel bed, or even with her animated gestures during all of her performance), the fringe one her dress would exaggerate her movements as well.

Before the show started she also released copies to most everyone there of a chapbook of the writings she was performing in her show (in the order they were performed), and all of the pieces from this reading were also released electronically in a “Obey” chapbook, which you can download as a PDF file for free any time. 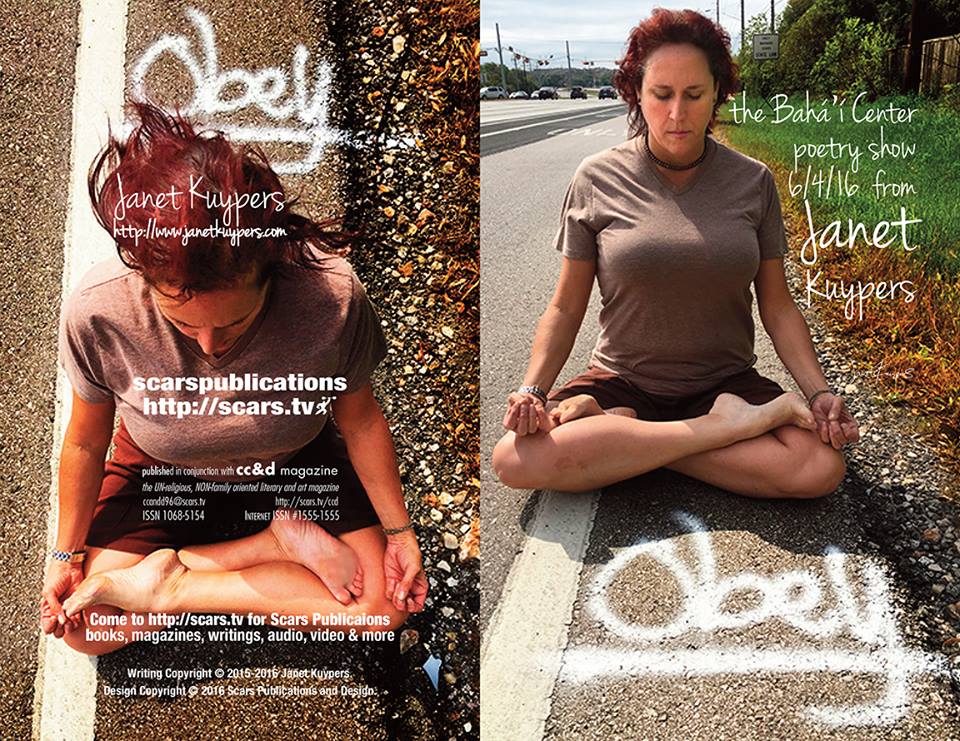 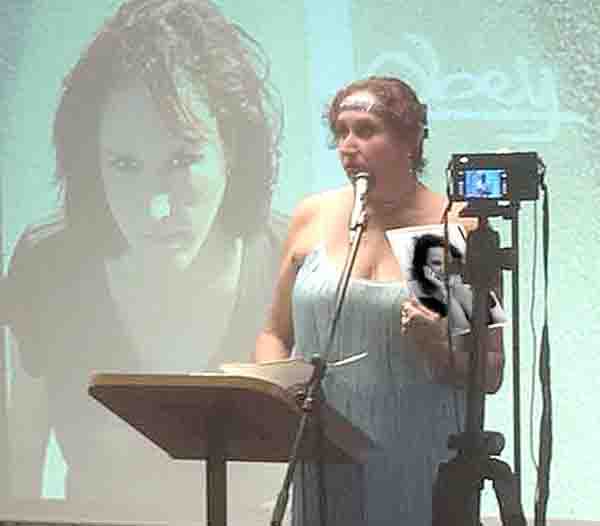 (Thanks to Thom for some photos from the event.) 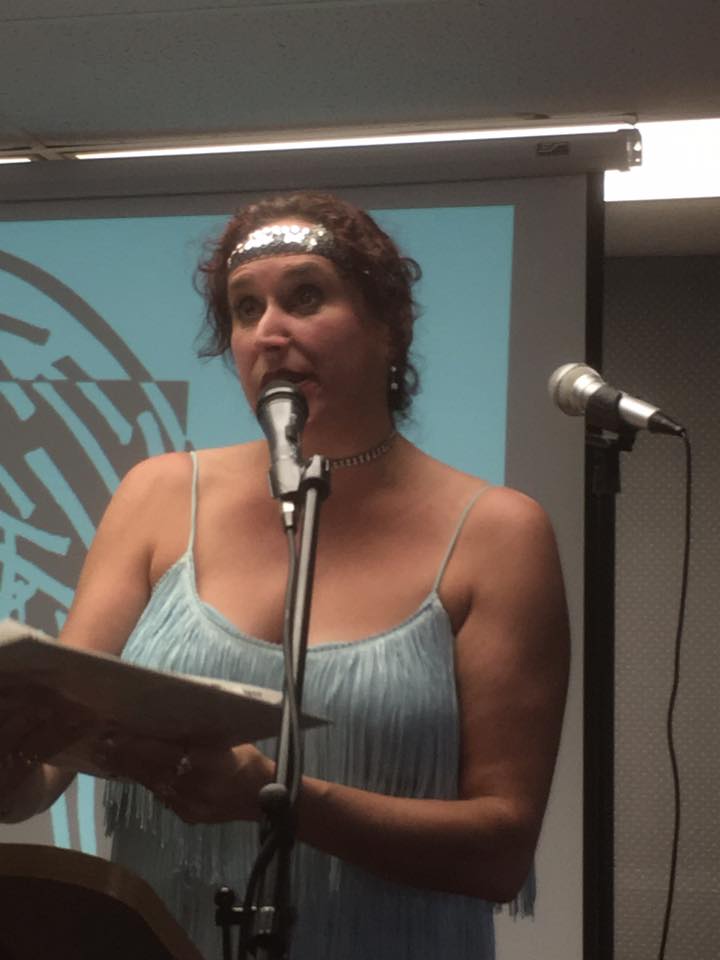