A Philosophy of Yard by Jack Kolkmeyer takes an intimate look at poetic reflections of the past, present and future day in a philosophical manner. This book leaves the reader with an understanding of how we view ourselves and how one should grasp the universe by accepting all of the mysteries and magic that ultimately grounds us. Kolkmeyer’s book opens with a poem titled “Often as a child” (1) but ironically, the poem was written about the death of Kolkmeyer’s grandfather which took place in Cincinnati. While this poem invites the reader into the authors personal space it also stresses of the importance of a life-cycle from a child’s perspective. On the other hand the author’s theme poem “A Philosophy of Yard” (2) written in Delray Beach weaves magic of wonder as it relates to nature’s stones, plants, seeds, weeds and animals, thus allowing everything to grow and reorganize itself in due season. In this review of A Philosophy of Yard, I will weigh in on the contents and expound on the strengths and weaknesses of Kolkmeyers’ book. Therefore, buckle yourselves because A Philosophy of Yard will travel you from the “here” to the “there,” and brings the reader full circle back into one’s very own yard, while instructing you along the way.

The author strategically draws from poets; such as T. E. Hulme, Wallace Stevens and D. H. Lawrence using their unique metaphor style for place and implements it into the veins of his book. While the Beat Poets educated Kolkmeyer about meter and flow he skillfully mimics their style as well and weaves that throughout the book also. This author is no stranger to writing from the depths of his soul, while using inspirations from some of the great poets before his time. Kolkmeyer surrounds himself with knowledge of the African American culture as well, which gives the poetry within this book that rhythm and blues flare; adding literary renaissance to the messages that he conveys within his body of work.

Kolkmeyer’s poem “Coimbra Universidad” takes place in Coimbra, Portugal and figuratively points to D. H. Lawrence’s legendary writing style as Kolkmeyer opened the poem with “the sounding of a bitch bell” (106;1). The opening line is powerful, commands immediate attention and yet is definitely a controversial statement that can be viewed as offensive. Overall, the book has roots running deep in familial, providing clear imagery structured in a simplistic way. Yet, this erudite author manages skillfully to make one cogitate about the complexities of life along that path as it also relates to the human race. For example, in the poem “Everybody is Colored (a song)” (100) written in Santa Fe, the author masterfully tackles the race issue head on by addressing “everybody is colored/everybody’s got a mother/and a bag of white bones” (100;1-4).

Talk about iron sharpening iron; this author, shrewd and skillful understands the powerful effect of carefully placed line breaks in his poetry and uses them masterfully in creating genuine stanzas which ultimately stir emotions within the reader as seen in his poem “do doo wop” (95). This poem captures the Harlem Renaissance revolutionary explosion at its best and vibes with Langston Hughes’ poem “The Weary Blues” which evokes a tone of melancholy. While Kolkmeyer’s poem “doo doo wop” (95) has that very same disposition in these lines “Street corner colors fly/faintly yellow umber/surely some blues…shining from the muted lights/prying into the night life/a street corner prophet on his knee” (95;11-17) he manages to create originality and uniqueness in his poem thus causing it to stand up against Hughes’ masterpiece.

Kolkmeyer’s poem “Autumn” (4) and “The pod people” (6) both taking place in Delray Beach, can be compared to Robert Frosts’ poetic style, which often depicts relationships between nature imagery and humans. In the poem “Autumn” Kolkmeyer brilliantly captures the beauty of nature shared with humans as he wrote “we just wait with resignation knowing that winter is near…as we prepare a warmer spot/amidst the moves and rearrangements” (4;14-17). Whereas, in the poem “The pod people” he skillfully uses metaphors to capture that same effect within these lines “but we are in deed /the seed people/planting ourselves along furrows of time/seen differently from star to star” (6;6-9). Kolkmeyer deliberately takes the reader on another journey within these poems by shifting the reader’s mind into various periods as it relates to time which ultimately lends the authors instructions on embracing life.

Kolkmeyer’s poems “A New Seed (a song),” “Coltrane,” “Winter Solstice Winter Light,” and “To Wallace Stevens” reminds one of Frank O’Hara’s writings, while adding dimension of self-reflection and conscious control to otherwise permissive unpredictability. At times Kolkmeyer’s poetry reads like O’Hara’s and could be viewed as bluster of rants and even provocative. For example in the poem “Coltrane” Kolkmeyer skillfully rants “nocturnal admissions…lost arcs and frozen phrases/wholly wars of redemption/tangled transgressions…play deeply” (121;7-11) and then he follows it with a question of uncertainty “how deep is the ocean”(121;12). Nonetheless, it’s important to note that O’ Hara’s works are celebrated amongst the greatest, which further adds credibility to Kolkmeyer’s brilliant masterpiece. However, all the greats are subjected to criticism and Kolkmeyer is certainly no exception to the rule.

The author certainly captures home which takes place in Pittsburgh as he metaphorically points the reader back there within this poem “The Pittsburgh Boys” (66) in the following lines “lost in the hills and the valleys/jumpin’ the fences/riden’ trollies… crossin’ bridges… livin’/in a together place” (66;19-25). He further adds “we were Pittsburgh boys…still we are… we’ll keep going on/because of where we’re from” (67;7-13). “Kolkmeyer’s book is a labor of love that adds dimensions and challenges to one’s understanding as it relates to how we value ourselves and those closest to us. Kolkmeyer’s book can be compared to August Wilson’s incredible play Fences, because, like Wilson, the author describes how separated and yet connected families are throughout life as seen in this particular poem.

Furthermore, Kolkmeyer is unafraid to dig, sow and plant his poetic seeds into the grounds of richly fertilized soil, causing his literary prose and ethos to have great impact, which will influence how modern day writers approach their craft. This author’s voice is vibrant colorful, and distinctly powerful, which challenges the reader to also dig deep and wrestle analytically with the issues of life found in one’s own yard. I look forward not only this project, but, the transformation of Kolkmeyer, his growth and the poetic soul destined to become one of the 21st century greats.

Renee’ Drummond-Brown, is an accomplished poetess with experience in creative writing. She is a graduate of Geneva College of Western Pennsylvania. Renee’ is still in pursuit of excellence towards her mark for higher education. She is working on her sixth book and has numerous works published globally which can be seen in cubm.org/news, KWEE Magazine, Leaves of Ink, Raven Cage Poetry and Prose Ezine, Realistic Poetry International, Scarlet Leaf Publishing House, SickLit Magazine, The Metro Gazette Publishing Company, Inc., Tuck, and Whispers Magazine just to name a few. Civil Rights Activist, Ms. Rutha Mae Harris, Original Freedom Singer of the Civil Rights Movement, was responsible for having Drummond-Brown’s very first poem published in the Metro Gazette Publishing Company, Inc., in Albany, GA. Renee’ also has poetry published in several anthologies and honorable mentions to her credit in various writing outlets. Renee’ won and/or placed in several poetry contests globally and her books are eligible for nomination for a Black Book award in Southampton County Virginia. She was Poet of the Month 2017, Winner in the Our Poetry Archives and prestigious Potpourri Poets/Artists Writing Community in the past year. She has even graced the cover of KWEE Magazine in the month of May, 2016. Her love for creative writing is undoubtedly displayed through her very unique style and her work solidifies her as a force to be reckoned with in the literary world of poetry. Renee’ is inspired by non-other than Dr. Maya Angelou, because of her, Renee’ posits “Still I write, I write, and I’ll write!”

Other books by Renee’ Drummond-Brown: 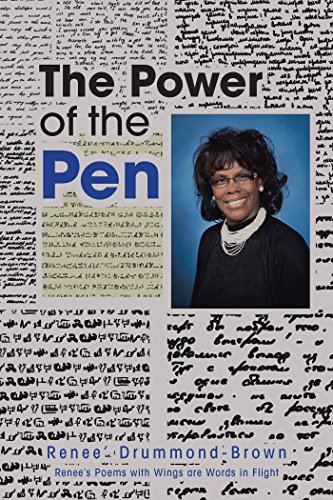 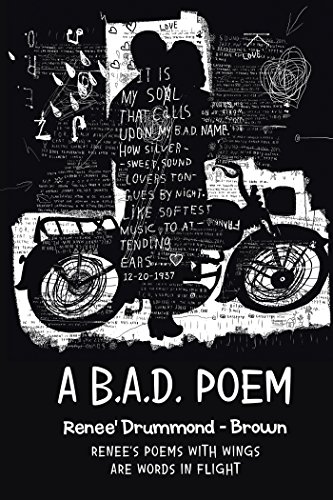 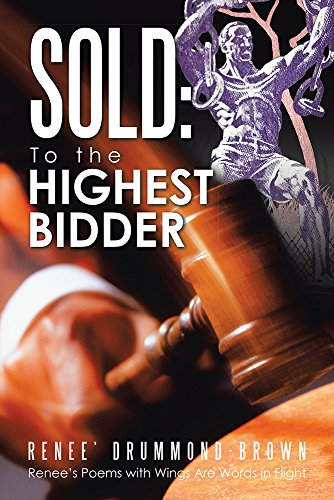 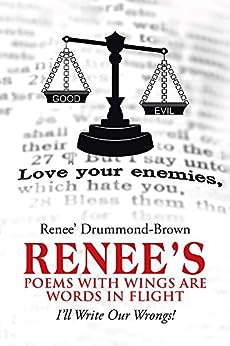 No part of this poem may be reproduced, stored in a retrieval system, or transmitted by any means without written permission from the author. All Rights Reserved