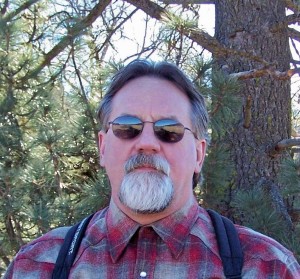 For writers there is a perpetual flow of ideas; a few are original, most are not. There is a good argument that originality loses its spark if one’s efforts are contrived, or done to gratify personal needs, are overly-influenced by another’s work, or become too intellectualized. Following are some darting thoughts about the process and what, I’m convinced, embodies creativity’s most valuable aspect of being able to think and act independently:

Those who strive for originality…


those
who purpose
to remain vibrant,
or vigorously focused
without succumbing to some
caricature-of-self; resolving
more as a guileless
voice,
reflective
incendiary
(intellectually),
germane, perhaps,
without looping or lapsing
into mannerism or affectations;
a personal challenge to remain original
without contention, or imitating self, or passing off
an old model-of-self; some contrived effort
to be seen with favor, (or)
to relive the
warmth and joy of
past seasons and victories
by re-hashing what once worked

attitude
pulling ideals
out from the ruts,
figuring the perfect-fitness
of what is shared while
defying branching
compromise
(in which)
ones
penned inventions
reflect only the sniveling drivel
of a writer’s beleaguered life…

…..luminous light
encircling
achievement in a false nimbus
invariably forces the greatest achievers
to their knees (temporarily) to reveal (to them)
(and to all those watching) that no human
is the full-bottle on anything…..

It’s wearying
(at times) finding
health in an art-form
where opinions are like weeds;
where arrogance becomes a shield
(to keep hidden all pecking-insecurities);
where the ceaseless cacophony of ‘me-noise’
refuses to understand why another’s hopeful face,
glowing from within, decays day-after-day,
or why a philosophic man is
obliged to mull a
lake’s health
in winters savagery, or
why faith causes the steadfast to
pause – momentarily – admitting they are
fully content to die in fields of common grass…

Knowing
every epoch
has its makers,
as every masterpiece
has (hidden in its guts) some
awful struggle; or perhaps some loss,
or life-altering circumstance, which
addresses the human-condition
with heedful strength as
altruisms-insomnia
bears an ongoing challenge to
palliate human-suffering and – if somehow
blessed to do so – (if only briefly) becomes
more archetypal than all originality
pawned-off with only
the faded colors
of worn-out dollar bills…


August 2007 Richard was nominated for a 2008 PUSHCART PRIZE. Richard was awarded 2007 BEST NEW FICTION at CST for his first three novels and also 2006 WRITER OF THE YEAR @thewritingforum.net … Richard has been a featured Poet on Poetry Life and Times Aug/Sept 2008, Jan 2013, Aug 2013, and Oct 2013 and has been published in varied anthologies, compendiums, and e-zines. Richard’s literary work is currently in over 35,000 data bases and outlets. Richard’s novels include: A Monumental Journey… In Search of the First Tribe… The Underground River… Beyond Understanding. A new novel, Between the Cracks, was completed March 2014 and will be available summer 2014.


Richard has been privileged to travel extensively throughout the USA, the provinces of British Columbia, Manitoba, Alberta, and Saskatchewan in Canada, the Yukon Territories, Kodiak Island, Ketchikan, Juneau, Skagway, Sitka, Petersburg, Glacier Bay, in Alaska, the Azorean Archipelagoes, and throughout Germany, Switzerland, Spain, and Holland… Richard and his wife, Michele, have been avid adventurers and, when time permits, still enjoy exploring the Laguna Mountains, the Cuyamaca Mountains, the High Deserts in Southern California, the Eastern Sierra’s, the Dixie National Forest, the Northern California and Southern Oregon coastlines, and the “Four Corners” region of the United States.


Richard designed, constructed, and operated a MIDI Digital Recording Studio – TAYLOR and GRACE – from 1995 – 2002. For seven years he diligently fulfilled his own musical visions and those of others. Richard personally composed, and multi-track recorded, over 500 compositions during this time and has two completed CD’s to his personal credit: WHAT LOVE HAS DONE and THE PATH. Both albums were mixed and mastered by Steve Wetherbee, founder of Golden Track Studios in San Diego, California.


Richard retired from music after performing professionally for fifteen years and seven years of recording studio explorations. He works, now, at one of San Diego’s premier historical sites, as a Superintendent. Richard is also a carpenter and a collector of classic books, and books long out of print.