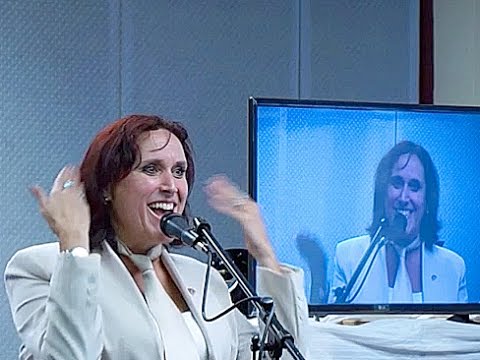 Below are video links from a July 2nd 2016 (7/2/16, or 20160702) poetry performance (with accompanying guitar music by John) of Janet Kuypers’ Austin poetry feature through Expressions 2016: Poets Parliament! at Austin’s the Bahá’í Center (at 2215 E M Franklin Ave, Austin, TX 78723) that incorporated poetry into politics (and potentially solve political problems poetically). Because political pundits and talking heads are on many 24-hour news channels, Kuypers opted to “show” herself in tis show as a “talking head”, by not only remaining seated (like an anchorperson) but also filming herself on stage and simultaneously broadcasting her “performance” on a television right on stage next to her… Because in the past, when she has done this in Chicago shows, she learned that most audience members, like the average American, are often more fascinated with watching a television screen than watching a person live on stage.

Because this was a politics-themed performance, and because the usually give away stickers to p[eople after voting to show the world they voted that day, Kuypers thought a appropriate title for her show would be “Voting for Change” (since a third party never can make enough money to spend their way into position in this country, there are usually only two viable candidates for any position, which usually forces the voter to chose between the lesser of two evils whenever they enter a polling booth).

Before the show started she also released copies to most everyone there of a chapbook of the writings she was performing in her show (in the order they were performed), and all of the pieces from this reading were also released electronically in a “Voting for Change” chapbook, which you can download as a PDF file for free any time.

Below are video links to the live performance of “Voting for Change” at Expressions 2016: Poets Parliament! in Austin.

Here is a listing with links to all of the writings performed in this liveshow: 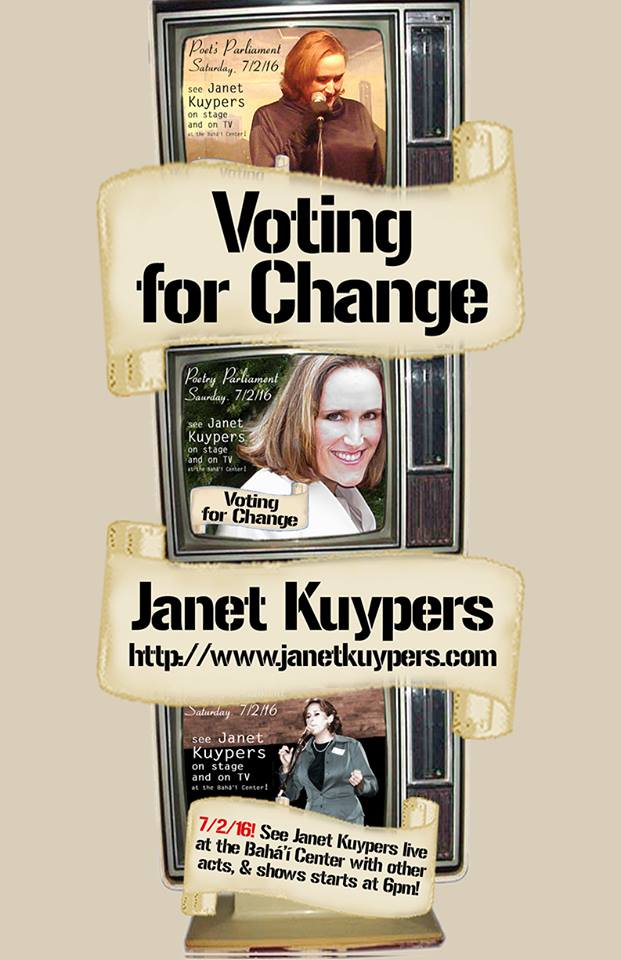 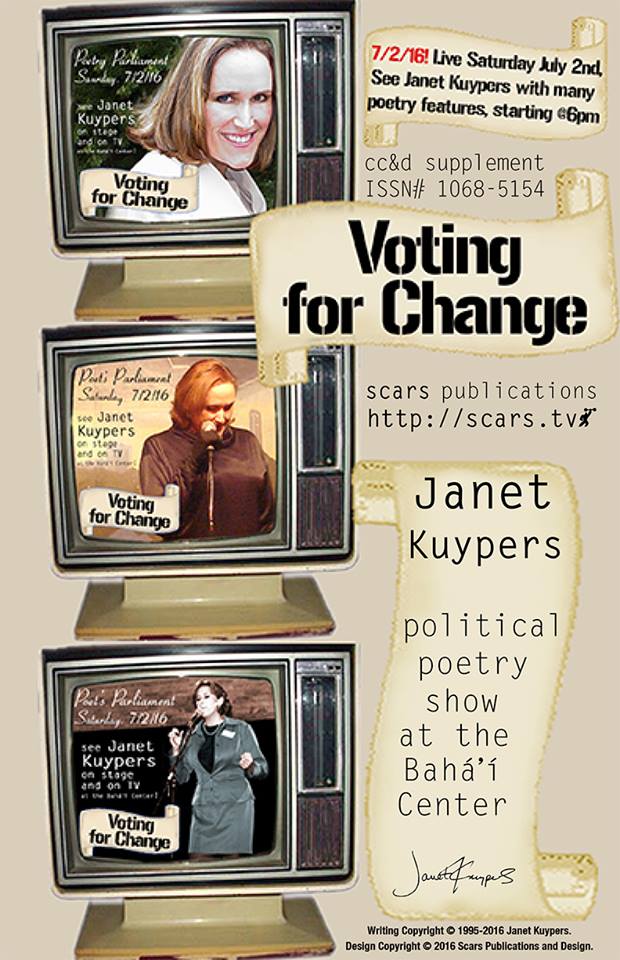