By using these web pages, you are agreeing to our Terms of Use 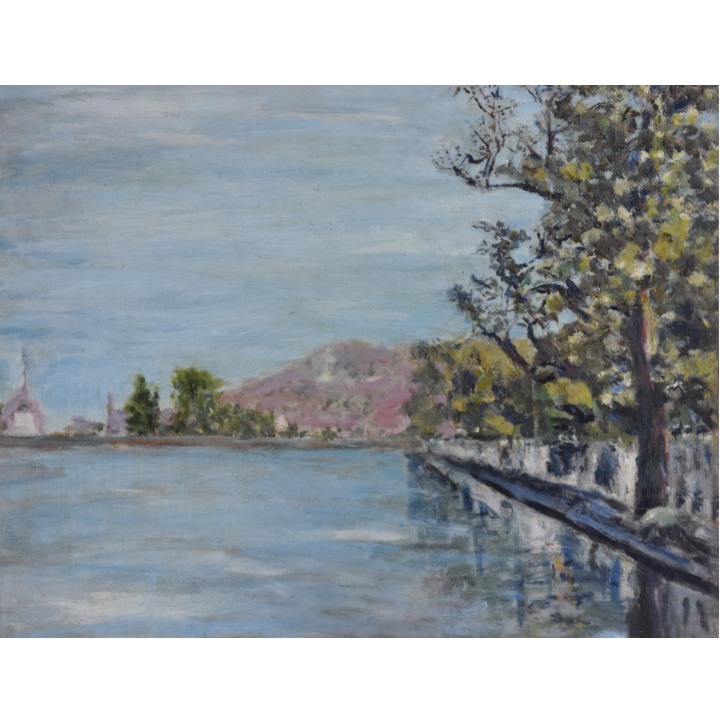 Extirpating the Darkness: In Search of the Light

As the radiant sun

struggles to peep through

the fringe of the crests

Awakened by the canorous chirping

of the tiny birdies

I open my window

early in the morning

which gives me a perfect view

located in the vicinity

Every day at this time

immersed in a deep meditation

in the sandy compound

The intense composure of her gestures

reminding me of the  Bhikkunis

It was the saffron robe

that once saved her

from her gloomy past

when she used to be

the wife of a man

I can still remember

how she fell on the ground

no longer is she drowned

in the dreadful darkness

Instead she is surrounded

with the gleaming sunlight

Having chosen the righteous path,

the ideal path that leads to the light

Previously published in the Vol. 7, Issue. I (February 2016) of the journal, The Criterion: An International Journal in English

The Land of Serenity

There are moments in life

when my mind hurls me into a

Having lost control of my faculties

I would rush to the temple premises

The cooling sands at the end of

and calm on the yard

The sizzling yet charming dance

of the leaves in the canopy

about the nature of the mind

Under the shade of the giant tree

I would lose myself

Then I would walk towards

the statue of the Buddha

Oh, the enlightened one

so enormous to illuminate

While putting my hands together

I would go under the knees

and recite the Gathas

Finally I would leave

the land of serenity

And I would feel myself

with wings to fly hither and thither

Thus I would attain the relief,

the freedom of mind

Oh, may the pristine Dharma bless the entire world!

Bo   A tree which is a species of fig and is considered sacred by the followers of Buddhism, Hinduism and Jainism

Gathas    Verses or hymns in Buddhism

Previously published in the Vol. 6, Issue. V (October 2015) of the journal, The Criterion: An International Journal in English

The flourishing of technological wonders

everything is  reduced to ashes

the nuclear and the atomic

Roasted flesh and ashes of bodies

The creator being destroyed by the creation

The crime of self-deception

and that of shameless vanity

Making war is not what we are born for,

but making love is!

at this full summer and

the flowering season of his cultivation,

still lost in a wrench?

Let it not be true

that man's greatest enemy is man

to abate and avoid

Let the cool of the moon

not the piercing sunbeams

Easy, yes, it is to break a stick,

but not a stock of sticks,

for the latter is much stronger

Let it be a metaphor of human strength

Living in a small “global village”

why such a delay

to build a cozy little room of mutuality

Previously published in the Vol. 6, Issue. VI (December 2015) of the journal, The Criterion: An International Journal in English 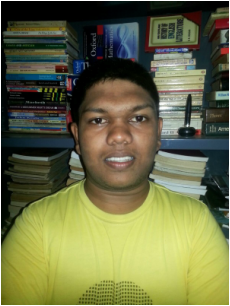 Indunil Madhusankha is currently an Instructor in the Department of Mathematics of the University of Colombo, Sri Lanka. Even though he is academically involved with the subjects of Mathematics and Statistics, he also pursues a successful career in the field of English language and literature as a budding young researcher, reviewer, poet, editor, content writer and proofreader. His creative works have been featured in several international anthologies, magazines and journals. Moreover, Indunil was nominated for the Pushcart Prize in 2016 by the Scarlet Leaf Publishing House based in Toronto, Canada.https://www.artvilla.com/modern-art-share.jpgThank you for your visit to In Search of the Light | Poems by Indunil Madhusankha. If you like this poem, you will also like one of our other poems. Take the tour:
Taxidermist Poem
When You Get Back Poem by Ryan David Grove
Boundless Poem
NOT LIKE THE STORY Poem by Lyn Lifshin
optimism and pessimism poem
The End And The Beginning - Poem by Wislawa Szymborska