Songs of Interstitium is an online site created by Australian born poet, writer and academic Ian Irvine Hobson. I should start by telling the reader to this introduction. that I gather “Interstitium” to signify “inter-states” and that the writer in question is seeking to promote an idea of an emergent genre, as dimension for artistic creativity – “Transmedia”. The artifice he has chosen, as a literary device, is quantum physics and the multiverse, into it he pours, as in a cauldron, all the elements, science fiction, mysticism, metaphysics, mythology, archetypes, surreal fantasy, quantum physics and biological evolution to emerge with an art form in an age that finds itself transformed by the computer sciences and the digital media, the age of singularity.

A mysterious box containing 5 manuscripts of novels, a series of poetics and a DVD from a sect with super secrets from another world is discovered in an outback of Victoria, Australia transported from a parallel universe. The writings are created by poet and writer Rowan Sweeney, where later we find in the transcripts of the novels, Rowan Sweeney is himself a time traveller in other parallel universes, where he encounters his doppleganger likenesses living in alternative realities.

The theme of the multiverse, as fictional mode, is developed from the theory of physicist Hugh Everet, to explain the phenomena of the interference pattern and super position created through the double slit experiment in particle physics. The theory went into abeyance for nearly half a century until revived by quantum physicist and computer scientist David Deutch. Although, if I understand him correctly, in the two books he’s written on the subject, Fabric of Reality & The Beginning of Infinity, the idea of time travel and telepathy between parallel worlds is not a feasible reality. Nevertheless,Transmedia genre, launches us into the age of singularity, artificial intelligence and the digital media, where art and creativity must find there own special voice in an age otherwise transformed by the quantum computer .

In Songs of the Interstitium in Book 3 – Poetry Sequence from ‘Library of Beautiful Hybrids’ we are introduced to 3 series of poetics, all created by the fictional Rowan Sweeney. One is almost reminded of the Portuguese poet Pessoa and the many fictional identities he assumed to write poetry through. As I mentioned before, all the elements outlined previously in the first para, pervade these poems with tremendous innovative, imaginative literary force and mood. There are brilliant constructions, where the poet grapples with an understanding of consciousness and the history of archetypes that underlay it. However, I must admit, that for sheer force of lyricalism, where the poet depicts the shocked mind of Darwin, as the concept of evolution dawns on him, I personally am most drawn to the
” Coral Reverie: Voyage on the Beagle, The Darwinian Poems ” series.

But to return to the genre theme of Transmedia, David Deutch writes in The Beginning of Infinity his view of the importance of the art form in the emerging age of singularity in these words:

I can only add, that personally, i’m not an adherent to the multiverse theory in quantum physics, but that nevertheless it has been one of the great philosophical enigmas of the last and present century.
Editor Robin Ouzman Hislop

Book Three – Poetry Sequences from ‘Library of the Beautiful Hybrids’ 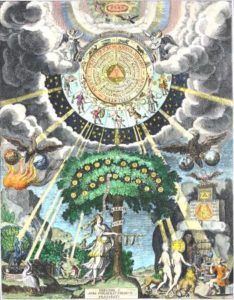 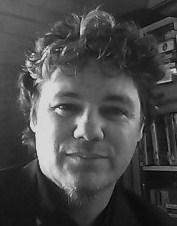 Ian Irvine is an Australian-based poet/lyricist, fiction writer and non-fiction writer. His work has featured in many Australian and international publications, including Fire (UK) ‘Anthology of 20th Century and Contemporary Poets, ’ (2008) which contained the work of poets from over 60 nations. His work has also appeared in a number of Australian national poetry anthologies, and he is the author of three books and co-editor of many more (including Scintillae 2012, an anthology of work by over 50 Victorian and international writers and poets). He currently teaches writing and literature at Bendigo TAFE and Victoria University (Melbourne) and lives with fellow writer Sue King-Smith and their children on a 5 acre block near Bendigo, Australia.