Can you believe it?

Paris, France of all places.

It’s where the French people live.

That’s the French word for cook.

I am going to be a fancy cook.

Mister Tom says I make a good cup of coffee,

Now I am going to make cafe!

Mister Tom says I’m to get money for my work.

I have read his garden book.

Yes I can read! When?

Since I was a child.

Mister Tom thinks his people should be educated up.

And now I’m to Paris,

Going to Paris with Mister Tom. 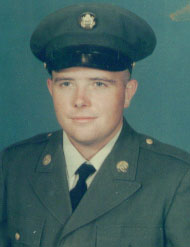 Paul Strohm is a free lance journalist  working in the Houston, Texas area.  His poems have been published in a number of print and online literary journals. He is married to a HS English teacher who hates contemporary poetry,which makes for a happy meeting of the two  minds.  Paul has only one full frontal photograph of himself on his IMAC.  He loves this photograph because it symbolizes the constraints of the culture he lives in.  The hat was one size fits all.  So everyman had to use it for his official military ID photograph. However, the wife says Paul has a big head.