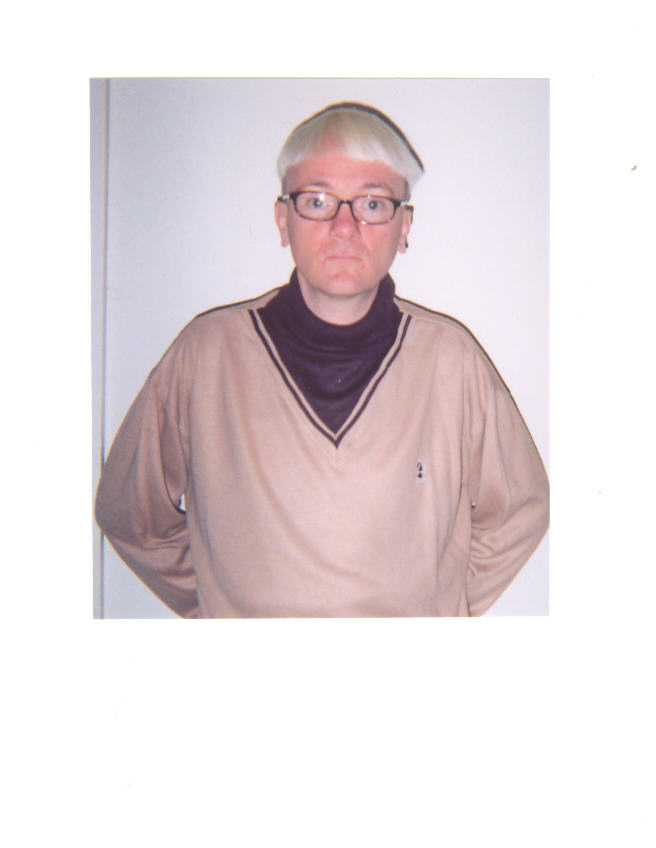 Worker Ant No.12 cocks a wheel to shifty.

…Propelled to welder’s inhaling confines
Bridged with a sprung hose…

Worker Ant No.14 dribbles acid
Onto the keyboard.

Worker Ant No.15 jigsaws the pod.

Christmas 2001 The Northern Cultural Skills Partnership sponsored me to be mentored by Andy Croft in conjunction with New Writing North. I made a radio programme for Web FM community radio about my writing group. October-November 2005, I entered a poem/visual image into the art exhibition The Art Cafe Project, his piece Post-Mark was shown in Betty’s Newcastle. This event was sponsored by Pride On The Tyne. I made a digital film with artists Kate Sweeney and Julie Ballands at a film making workshop called Out Of The Picture which was shown at the festival party for Proudwords, it contains my poem The Old Heave-Ho. I worked on a collaborative art and literature project called How Gay Are Your Genes, facilitated by Lisa Mathews (poet) which exhibited at The Hatton Gallery, Newcastle University, including a film piece by the artist Predrag Pajdic in which I read my poem On Brenkley St. The event was funded by The Policy, Ethics and Life Sciences Research Institute, Bio-science Centre at Newcastle’s Centre for Life. I was involved in the Five Arts Cities poetry postcard event which exhibited at The Seven Stories children’s literature building. In May I had 2006 a solo art/poetry exhibition at The People’s Theatre why not take a look at their website ptag.org.uk/whats_on/gallery/recent_exhbitions.htm

REVIEWS: I have written poetry reviews for Poetry Scotland and Jacket Magazine and in August 2007 I made a film called ‘A Blank Screen, 60 seconds, 1 shot’ for Queerbeats Festival at The Star & Shadow Cinema Newcastle, reviewing a poem…see www.myspace.com/queerbeatsfestival On September 4 2010, I read at the Callander Poetry Weekend hosted by Poetry Scotland. I have also written Art Criticism for Peel and Combustus Magazines. I was involved in The Creative Engagement In Research Programme Research Constellation exhibitions of writing and photography which showed in London (march 13 2012) and Edinburgh (july 4 2013) see
www.researchconstellation.co.uk/ . I co-edit the poetry magazine Interpoetry
.