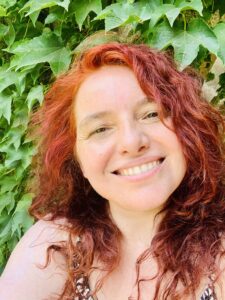 In 2013 she was recognized as a New Voice by the feminist publishing House Torremozas (Madrid). Vera Moreno was published by Amargord publisher in a double poetry book called The whole orange (La naranja entera) in 2016. Three years later, she won the César Simón poetry reward at the University of Valencia with the poems book called The broken bodies´ fitness center (El gimnasio de los rotos). Next year a new book is coming.

Some of her texts and poems have been translated into Dutch, Esperanto and English. 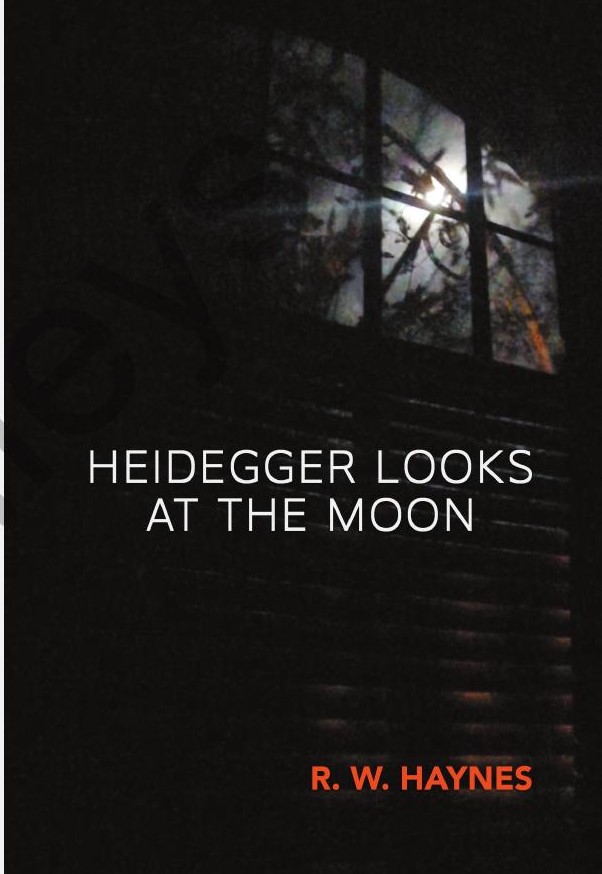 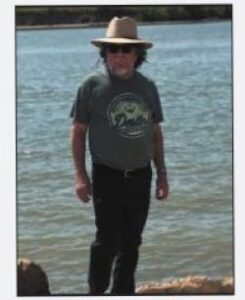 Heidegger Looks at the Moon is the latest volume of poetry by RW Haynes, who is well known to us at PLT (Poetry Life & Times), where as well as having been Interviewed, his various previous works, as well his poems have been hosted. Haynes is an individual of many abilities, a scholar of Greek language, he is versed in the Classics, a playright, novelist, a biographer on the Texan Playright Hoorton Foote & poet, he teaches at A&M International University of Texas, Laredo, USA, where he’s been a lecturer for the last 30 years in Anglo Saxon Literature, Dramatics in Chaucer, Shakespeare & Ibsen’s plays amongst other activities.

It is not surprising, perhaps, that his poetics are in the classicist metric style and form. Almost inevitably, I find, we see, surrupetitiously appearing in verses a tightening of form in Shakespearean vogue. I think he will be the first one to admitt that he is almost in bondage to the sonnet and drawn by the fascination and challenge of being able to render a vast scope of vision into such a compact and condensed form. Also what we learn from Haynes is his overwhelming admiration for theater, but more so for the actual actors who perform theater, where he says, he literarily stands in awe and reverence of them as artists in their medium. I mention this because it is reflected, I believe, in his works as a poet, which introduces many varied persona as mediums for his poetic voice. Of course both history and place, he is from the deep south USA, figure extensively in his writing, an example features in his sonnet Downtown Waco. Midnight. Heidegger Looks at the Moon. In it’s opening line The Bush Library really ought to be here! Apparently Waco was on the list but it got removed to Dallas ‘The loss of the Library was the worst blow to hit the city since the 1953 Waco Tornado killed 114 people’ he comments in another text.

According to Haynes, as I understand it, he views emmotive conflicts as conditions of the human species over time as intrinsic to their existence, passion, love, hate, grief, despair from antiquity to the present he regards are fundamental in the human make up. And his poems intensifiy in a contemporary idiom and context this phenomena, sometimes with irony, sometimes with humour, sometimes with compassion. Having said all that, I would add, that his poems by no means make for easy reading, if the reader believes it can just pick up the volume and flipantly peruse it for a couple of hours and come away gratified, it’s in for another think. It is a work that you have to go back to again and again. These are poems that demand you give them attention, that you work at them, because in their own genre, they are masterfully crafted. I personally found in reading them, that just at the moment you feel most comfortable with the verses, stanzas, you are saying to yourself, yes I am with it, what appears to be a harmless snug line tucked away in a stanza rivets you with its complexity and plunges you into new depths, which is what a poem should do, imo.

The very title Heidegger Looks at the Moon, Heidegger is a complex philosopher and Haynes believes that poetry should be philosophical (in this I share his viewpoint) he believes in the etymology of the word Sophia, as the love of wisdom ( a hope, which I would also like to share in). Heidegger thought of humans as linguistic beings, language is the house of being, but he also feared that language could be our own entrapment, that the way we spoke about a certain object or event made it into what it was and also alienated us from what it really is. This of course is a great simplification but I think i could say that his concern was that instead of talking about nature, we end up only talking about ourselves, which prevents us from being activated, acted upon or impacted by anything, and in which we become the living dead to quote. This is only to say, without being specifically Heideggerian, if we are to think of philosophy (wisdom) as the task of poetry, it could be to awaken us from this anthropocene epoch, which sees the environment as its own, by the use of poetic language to recover the world which is ours and to which we belong. Haynes poetry in its idiom both ancient and modern, in it’s scope and intensity, it’s range of variety and mood, in its quest, is perhaps a kindling beacon towards that lost light. Editor Poetry Life and Times Robin Ouzman Hislop

The Bush Library really should be here,
For each dead city needs a laugh or two,
A little something so the skeletons can jeer
On nights like this when there’s little to do
And nothing to haunt but the haunting lack of hope
Where words are born to sputter anxiously
Toward brief life in some half-bungled trope
Irrecoverable etymologically.
Is there another cyclone on its way
To re-mix this desperation here?
To make words and deeds mutually obey
A dim correspondence–never more clear
Than the misshapen moon cruising so high
Over the Brazos in the hopeless Waco sky?

The preposition shudders politely when
A cutthroat solipsist invites it in,
And shyly declines his invitations
To join his murdered nominalizations,
His cold, intransitive redundancies
Pickled in glass, words that neither please
Nor move, motionless as the center of pain
In a sinking island sunk in a hurricane.
“Why, sir,” she whispers, “I didn’t mean to win,
But ever since William of Normandy came in
I’ve gathered force, and, alas, your frantic dream
To drown the world in a fantastic stream
Has withered, and you are no longer strong.
Believe me, sir, follow the lemmings along.”

So wrote Mr. Cleghorn, and saved his text
And closed his laptop, frowning a bit,
For greater labor awaited him next
And he was not yet composed for it.
Against his personal code of action,
He had slept in a red shirt, carelessly,
And he felt that invidious subtraction
Of force that accompanies inevitably
Such disregard for cosmic propriety
And leads to poor judgment both in poetry
And in the war of life, where certainly
Color sucks away sensitivity.
Dressed as clowns, thus, in Morpheus’ arms,
Sleeping fools multiply their harms.

And foolishness here is a rich resource,
He thought, reflecting on the bureaucrats
Who seek to keep the city down by force,
Predatory gangsters, scheming rats,
Networked against pressure from outside
To recognize justice and the Constitution,
To give up conspiracy, xenophobic pride,
Blackmail, bribery, theft, and pollution,
To exile the chiseler, the fake, and the buffoon
Who manufacture credentials from trash,
Grease the right palms (thank you, cousin!), and soon
Convert these shameless forgeries to cash
And smirk to think how the honest man’s labor
Buys electricity for his well-connected neighbor.

Growling bloodthirstily, three deadly wolves appear,
Greeting their master, emerging from his fit,
Three whom Cerberus would flee in fear,
Dire wolves indeed, as ever biscuit bit,
And Cleghorn calls all three ferocious creatures
And hauls them by the ears and roughly pets
Their shaggy coats, examining their features,
Claws, and fangs, and as each wolf gets
His morning greeting, he comfortably reposes
Himself in a strategic, warlike position
From which, no doubt, he fiercely proposes
To tear and mangle all opposition.
Thus, surrounded by three mighty dogs from Hell,
Their master meditates and speaks a secret spell.

Barricaded in eccentricity
Of a kind, alert to angel whisperings
And curious voices fluting delicately
Essences of many marvelous things,
He reaches toward a lost integrity
And hears the ghosts of long-lost harmony.

In that parade of corpses, one turned
To look at me. The green moonlight
Scorched her cadaverous face and burned
It greenish pale and deathly white.
Green fangs smirked familiarity,
And a sudden spark lit up one dead eye
As she hoarsely crooned, “Hey, babe, it’s me.
You used to say speed kills. That’s still a lie.
What kills you, fast or slow, is that you die.”
Cold inside, but this wrecked specter
Awakening some sad sympathy yet,
I croaked out in a stunned response to her:
“The alleyways and dungeons I forget,
For angels of sunlight dragged me out
And wrapped me with jasmine and morning glory,
And sweet dreams shifted my mind about,
To sacred miracles in a marvelous story.
They gave me cool white wine and cantaloupe
And pride was driven out by mindless hope.”
“So dogs do yap and howl in Heaven, then,”
She said and stared vindictively at me,
“Just as they do for burning devils when
The cold moon shines upon the murderous sea.”
“Perhaps,” I said, “but words one understands
Are ruled by a magic kept out of our hands,
And whippoorwills’ disturbing song at night
Fades out as nighthawks launch themselves for flight.”


R. W. Haynes, Professor of English at Texas A&M International University, has published poetry in many journals in the United States and in other countries.As an academic scholar, he specializes in British Renaissance literature, and he has also taught extensively in such areas as medieval thought, Southern literature, classical poetry, and writing. Since 1992, he has offered regular graduate and undergraduate courses in Shakespeare, as well as seminars in Ibsen, Chaucer, Spenser, rhetoric, and other topics. In 2004, Haynes met Texas playwright/screenwriter Horton Foote and has since become a leading scholar of that author’s remarkable oeuvre, publishing a book on Foote’s plays in 2010 and editing a collection of essays on his works in 2016. Haynes also writes plays and fiction. In 2016, he received the SCMLA Poetry Award ($500) at the South Central Modern Language Association Conference. In 2019, two collections of his poetry were published, Laredo Light (Cyberwit) and Let the Whales Escape (Finishing Line Press). 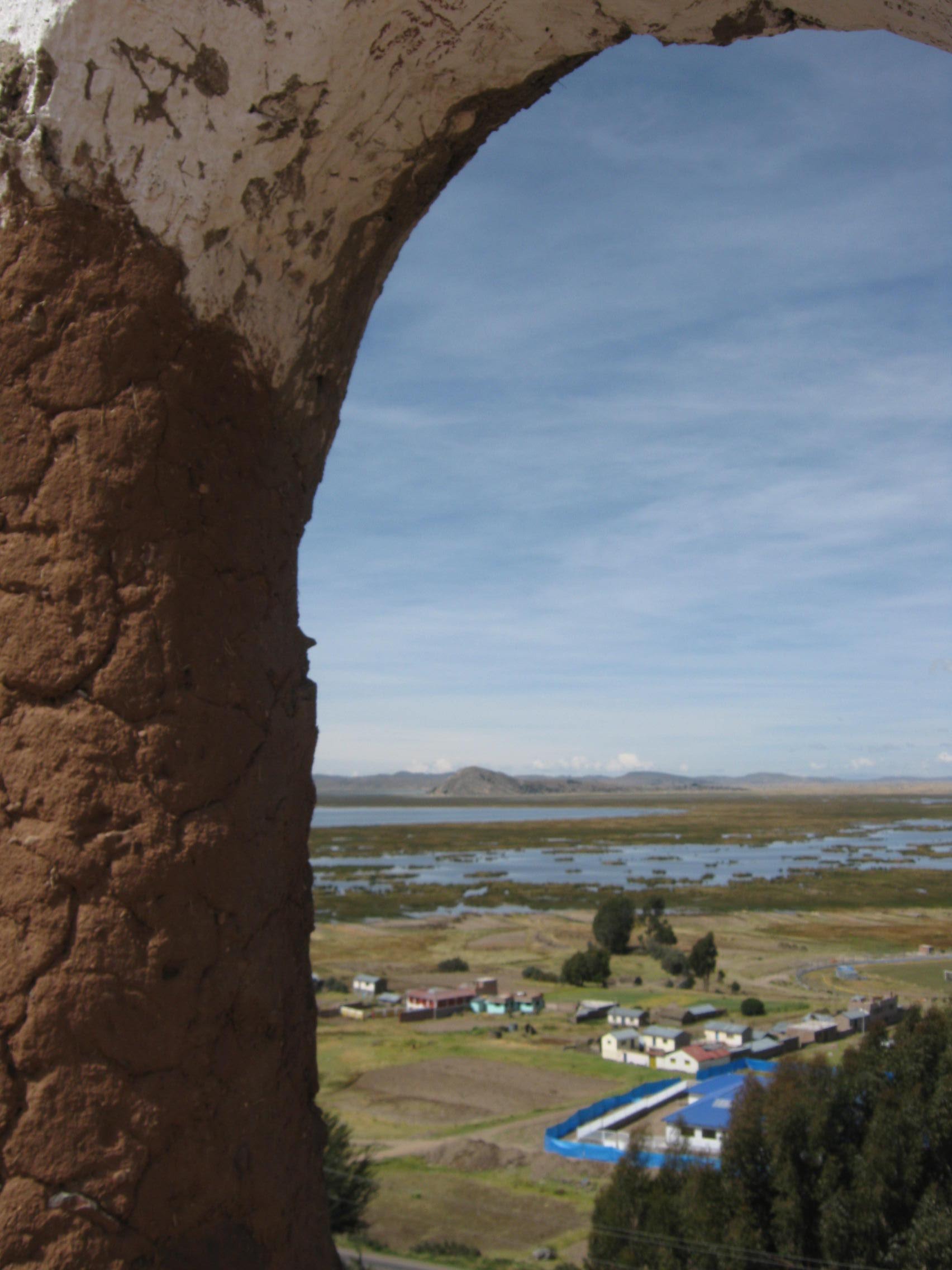