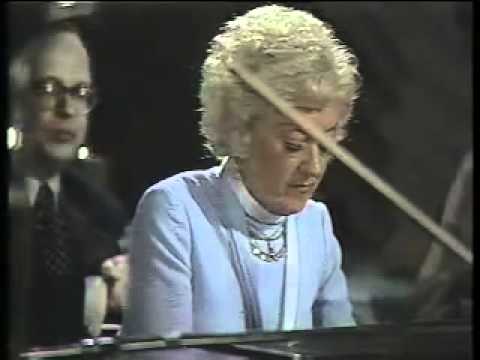 For those who have been following our coverage of Marian McPartland, Susan Stamberg’s story on NPR on Marian McPartland and In Good Time   It is available online and you can listen to it and even download it, if you wish, at

http://www.npr.org/2012/08/18/158421073/marian-mcpartlands-storied-life-told-in-good-time
Also this review of In Good Time was just published online at Audiophile Audition.
Upcoming screenings are below, more are in the works.

Upcoming Screenings of In Good Time

From a 1975 club concert movie called At the Top we see a performance of a number of musicians who had been in some way been associated with Bix Beiderbecke. Jimmy McParland, Joe Venuti and Spiegle Wilcox played with him in the twenties and the other musicians certainly appreciated Bix’s musical genius.