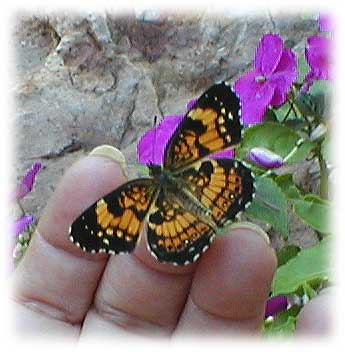 On entering the Gilbert Scott gallery (Still life) at the Tate modern, the first displayed theme is 'The Desire for Order'. The introduction displayed by the Tate stated that the artist's included in this section used revolutionary methods to overturn traditional artistic conventions. (Fairly obvious for modern art, I thought!). By using traditional still life as a vehicle for pictorial experiment they defiantly challenged traditional modes of artistic representation. (Well that's my shortened version, after a fairly gruelling dissection of the waffle!). The introduction also stated the artist's demonstration through their work of the continuity of the human desire for order.

Being a traditional art lover, I did not intend to be moved or impressed, my expectations were to gratify my own cynical view of the modern artists. However after only a few minutes in this section I admitted to be standing rather beside myself. The first work to draw my attention was Sol Lewitt 'Five forms derived from a cube' (1982). Five separate pictures of geometric shapes, that have been systematically generated from a cube. At first glance, my trail of thought was: what we all could do with a ruler and pencil? After bothering to read the Tate's interpretation, which explained the artist's motive behind the works, my rusty clockwork mind started to let in some light. Lewitt did not produce the prints, just the idea, design and instructions. He wanted to minimise his physical presence in the process of fabrication, and thus the idea becomes a machine that creates and produces the art itself.

Teachers and young students all armed with clipboards were enthusiastically scurrying around, the jingle of keys and bleeps from mobile phones were surrounding me. But I was frozen to the spot, totally aware but not distracted. Visions of the industrial revolution and Henry Ford came flooding into my mind provoking feelings of fear, dread and resentment toward capitalism, but at the same time invoking a real sense of amazement and wonder towards technology. I was moved! It spoke volumes to me!

Amongst other works were 'Steel and Zinc Plain (1969) by Carl Andre. This to me resembled an enlarged metal chessboard, suitable for people to play on as human chess pieces. But unfortunately it didn't say much else, apart from yes mathematics is all about order! And oh! It must be very cold to stand on? Also an untitled piece (1980) by Donald Judd. A large construction of steel, aluminium and perspex stacks. Reaching from floor to ceiling in a pre-determined geometric order with equal gaps in-between each stack. Although giving a very powerful presence partly I think due to its size, human beings, as ordered in society as we are, like to label everything. So in my opinion this work of art really appears to be quite naked, in this section of the gallery, and therefore quite obviously deserves either a title, or perhaps to belong to a different theme or display altogether!

I continued through the gallery, which I found to be larger, more spacious and contained many more theme display areas than I had expected. Ambling along, taking in the odd sculpture or two. I stopped, I admit mainly for a rest and sat on a convenient bench, which was placed for the visitors to view 'The Mechanical Ballallet (1924)' by Fernand Leger. This was a series of script and moving pictures that were projected onto a screen. It was indeed a very cosy and quiet spot for a much-needed rest. If I had bothered to read any interpretation and stayed to observe the screen, Im sure the art would have provoked some emotion and understanding, but I was only interested in taking advantage of the seating, to rest my tired and aching body. I am disabled so I sit and rest, as I like. Inappropriate and disrespectful as it may seem (especially for Fernand Leger fans) I'm sure that my surgeon, when viewing the x-rays of the metal construction he attached to my spine, would agree and therefore consider my reconstructed body in itself to be a work of art! I think that I have earned the right to sit and rest in an art gallery, because medically speaking, I am indeed a living, moving work of art! Although I don't suppose for one moment the Tate would be interested in displaying or projecting my x-rays in any of their galleries!

Moving on, I discovered the Modern life area, which displayed many sculptures, paintings, prints and a collage or two. One of which, I took an instant dislike, it actually made me feel quite angry! This reaction, I'm sure, was not the artist's intention. The Tate used this work to demonstrate and explain with their own text; the cubist works in this section. While reading the text, I understood that by adding mass produced objects to the canvas, the still life collage expressed the three dimensionality of these objects, by showing, as the Tate explained, simultaneous viewpoints on the same plane, or space which my simplified interpretation allowed. The artist used everyday discarded items (materials) including theatre tickets and product labels, transforming the detritus of urban life into art. Fair enough and very interesting I thought to myself.

When I viewed Kurt Schwitters 'picture of spatial growths-picture with two small dogs', which truly was an assemblage of discarded rubbish! All I viewed was decaying brown tinged trash, that was thankfully and safely contained in glass. Did the artist hate the canine species? Perhaps my eye site failed, as if trying to view a magic eye picture? Maybe the dogs had decayed altogether after all this time, I did see a bit of dust that had collected at the bottom of the glass case. I'm sure that originally the colour of the theatre tickets and product labels, must of given this work the artistic value and recognition that it deserved. But today in my view it only resembled trash, nasty brown tinged trash. And there's enough trash in every town, city and household bin for the entire world to see. So why go all the way to London, when we can make our own collage at home?

The Tate boasts that it has the greatest collection of British Art, therefore providing and helping the ordinary folk like myself, to understand and enjoy art. Also they help promote interest in the British Art Industry and of course the British Artists. Well Im no expert or patriot but they certainly helped me! I found my visit to the Tate Modern inspirational, evocative and most certainly educational. But most of all I left the building refreshed and with the comforting knowledge that in these times of fierce capitalist consumerism, young and new artists who are trying to make there way in to this fat industry stand a chance. Or in other words, it's nice to know that the Tate bothered!