Ruthie began to call me
Her big brother
Which used to bother me at first
Because she was some six years older than me
But then I understood
Her son had died at twenty-two
And her husband a year before
And now her daughter…
Give me hope, she begged.
Oh how I tried.
But I was only her big brother
Not, goddamn it, God 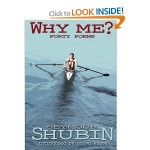 In 1953, Seymour Shubin published his first novel, Anyone’s My Name. It was a New York Times bestseller, published in numerous international editions and taught in college courses on both literature and criminology. Subsequently, Shubin wrote more than a dozen other novels.

The effect on me of Anyone’s my Name and other Shubin novels  was more like Poe’s “Tell Tale Heart”. The struggle inside the mind of the killer predominates Anyone’s my Name and has stuck in my mind like the beating of that heart. Shubin stays with you and you know you haven’t read just a crime novel. He portrays the inner thoughts of a character and makes them your thoughts. That can be disturbing and enlightening. That’s literature. Anyone’s My Name and The Captain don’t leave me. They don’t stay where you put them, they don’t stay in their genre.

Rod Lott says, “Few writers can make you feel that kind of pain.”

Why Me is a book of poems, Seymour Shubin’s first glimpse into his life which began in 1921. These poems give us a glimpse of growing up in the Great Depression. They are free of the feeling of wading through it poesy. They are personal, autobiographic, and downright readable.

The storyteller manages to tell a story in each poem, a tiny little story that is a glimpse of his life, little snapshots like tiny books in a nutshell. “Cod Liver Oil” is such a poem. His parents gave him a nickel for drinking cod liver oil. He put his nickels in a “bank”.

But then one day my father
came home and announced
that the bank was one of many banks
that had “failed”
in the Depression
we were living in.
And my money was gone,
along with a lot of other people’s money.

I never drank cod liver oil
after that.

In a poem called  “The Reunion”,  Shubin ends with:

And his sister, she’d had such pain,
is she smiling again?
But do they even know
that I am
here?
I leave a stone in case they do.

As he does in his novels, Shubin takes you into his thoughts and you get a glimpse of the alter ego in the books but, once again, it’s the storytelling that makes these poems stand out. The dude can write.

A poem called “Half Ball” sent me scurrying to Google and Wiki. Stickball is played with a ball up and down the street. Half ball can be played from curb to curb and has imaginary runners. The poem has images of this game interlaced with the death of one of the “kids”. Glimpses, memories which make you want another.
Says Steve Hussy in his introduction, “Why Me communicates complex ideas with simplicity. As a result, it’s yet another form of writing that Seymour Shubin has mastered.”
Why Me is a book of poems published by Murder Slim Press. By their own admission, “This is the first –and probably the last– poetry collection we’ll publish at Murder Slim Press.” Actually I adore their name and think it’s the perfect name for modern poetry but I also admire their business sense. They published it because it was so damn good. Now ain’t that a hoot!

It’s simplicity, honesty, and straightforward storytelling that count in a poem. The poems in Why Me are autobiographical, personal, and give us a glimpse inside Seymour Shubin. I read it in one sitting and now seem to pick it up and open it at a random place, “Oh I remember that one.”

Do you know, she asks, what day this is?
and I answer “Monday.”
Don’t be a wise guy, she says
while I’m trying to think.
It’s not your birthday, I say,
and she says, You get points for that,
but really, what day is it?
And I’m thinking, It should be a sin
to do this to a guy.
Seriously, she says, if you don’t know
just say so.
I know, I know, I say
but you make me nervous
and I can’t think when I’m nervous.
Forget it, she says, and walks out of the room
only to come back in a few moments
holding a new golf club.
Oh my God, I say,
and I’m only forty.
Forty-one, she says 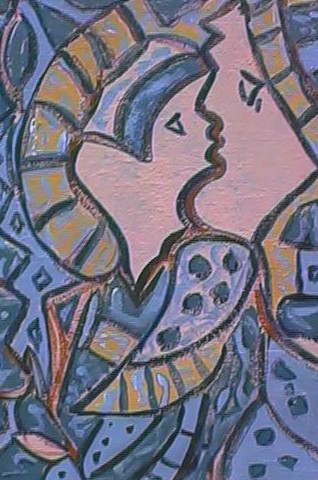 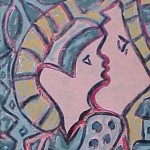 I saw this so many years ago
On a school trip up the Hudson River to West Point.
This was before we got there
And the band was playing
And I looked into the large room on the deck
And saw her dancing.
Oh what a dancer! At one point
Her partner swung her so that the back of her head
Almost touched the floor.
And I remember a few days later
How, sitting in class next to her,
She asked if I would take her to the senior prom,
I who couldn’t dance a lick
And in my shock
I made up some excuse
And hating myself, for she was a beauty
As well as great dancer
And I even thought about it over the years
And then, finally, some sixty-five years later
In Death Notices in the morning paper
There she is, middle-aged-looking and still a beauty
And I wondered did she ever remember
Anything of that time,
Oh that time
That poor Wimpo can’t forget to this day 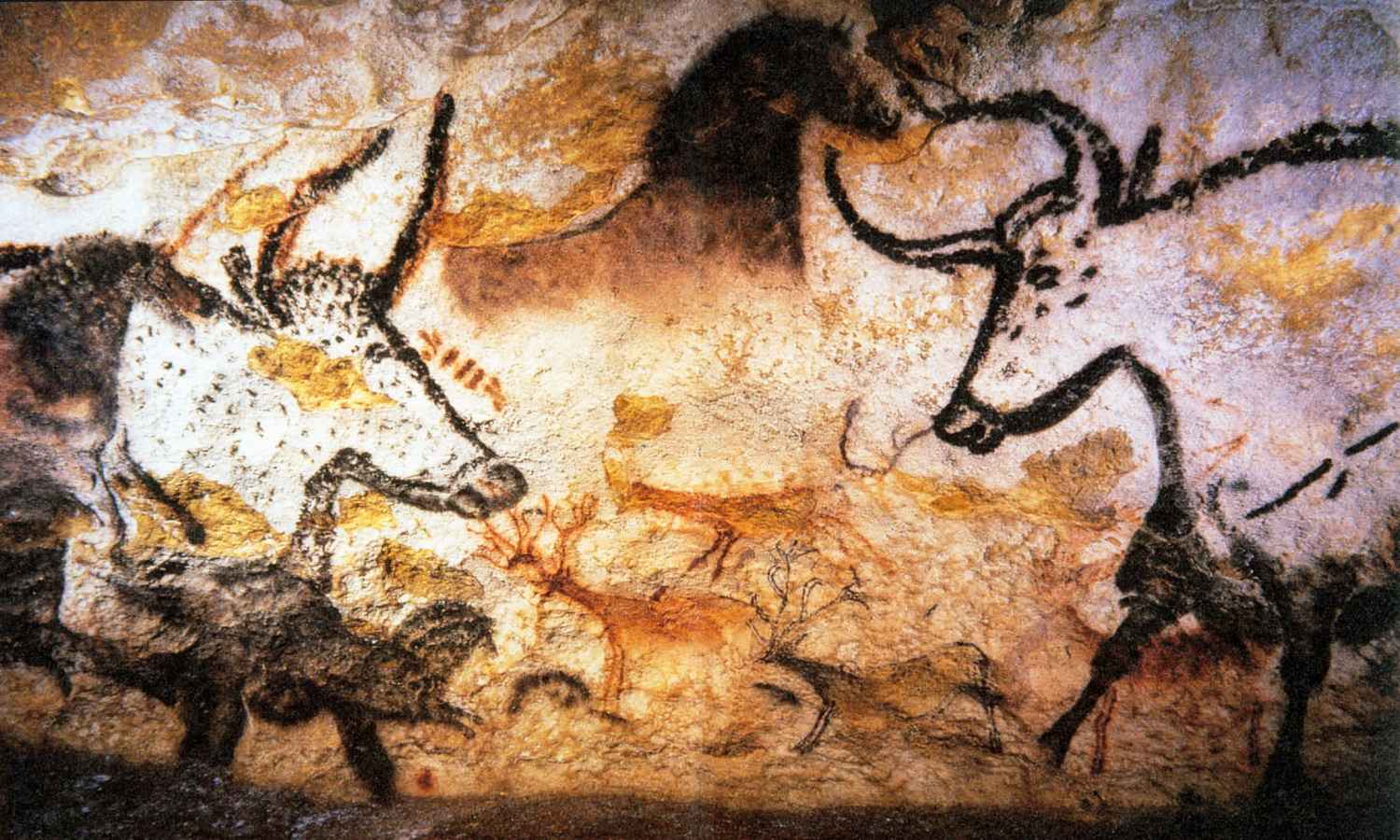 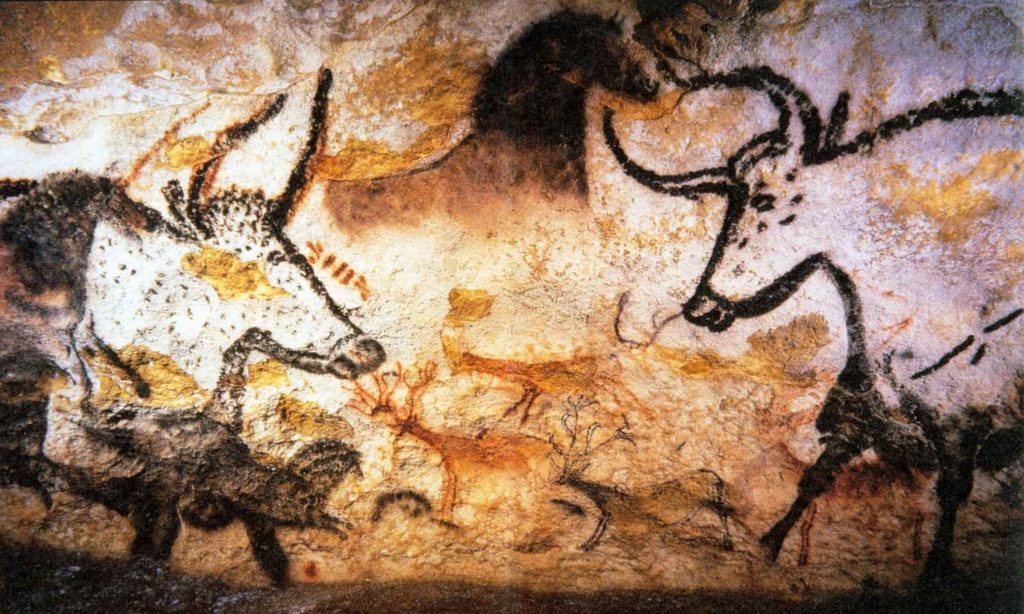 It was evening and the first
of the horns could be heard
In the distance
And my brother Aaron barely sixteen
Was going out with a friend
And Aaron would be driving
And I’d be left alone
At home
My parents were going out
Too
And just as he was leaving
Aaron said
Would you like to come with
And oh boy would I
And so I sat in back
Aaron driving
Irving next him.
And first we went to a movie
And then for a fairly long drive
And we stopped somewhere for hot dogs,
And I loved the sound of horns in the distance,
As though announcing the best New Years of my life
And now of my thoughts
With Aaron long dead
And all of my friends
And I think of the horns
Echoing over Aaron’s grave
I only wish
He could hear them
Oh if he could hear them
With me.

***Photo from the caves in Lascaux in southwestern France

We played what we used to call half-ball
Which involves cutting a regular pimple ball in half
So you couldn’t hit it too  far on a city street
Or driveway
Just far enough so you could get a hit
Or even a home run
He was a gentle boy, this boy, about two years older
Than the rest of us, maybe three.
Well, he played this one game in the driveway So full of life,
so when  a neighbor came to our door
The next day with word that he’d died
And no one knew why, not even the doctors,
Just went to bed and died, This kid with the same
First name as mine, which made it even worse,
But not as bad as when we’d drive past the cemetery
On our frequent trips
to New York to visit my eldest sister
And her family
And as we drove by I would think of him in there
With all those ghostly old people.
But then a couple of years later
They built a highway
That by- passed the cemetery
I was glad at first
Until I realized how much
More lonely he might be.

The vet said, “Are you sure?”
And Glo said yes
But I was looking at the old girl
Walking around our feet, unknowing
And I said let’s take her home again
And see
But Glo said it’s too much of a mess.
Kind Glo who had brought Lady home
Many years ago and loved her
So we lifted the poor thing up
To the table
And she lay there, tail slapping
And I watched the needle go in
And the poor thing’s movements
Stopped almost immediately
And all I could think of
Was
Why not for human suffering
Perhaps me some day?

We took our little son to a carnival
He must have been five or six
And we came across a game
Which if you won, you won a goldfish.
I didn’t want a goldfish but my son did
So I threw something that connected
With something
And the little boy came home with a goldfish
in a water-filled plastic bag
He was so happy and we were happy
For him
But the next morning he came to our bed
Crying
It seems he tried to change the water
But he did it over the toilet
And the fish dropped down
Forever lost
The boy was crying so hard, poor thing
And so I told him that the fish
Had made its way to the river
And was with his mother and father and brothers and sisters
And friends, oh yes friends
A 60 year old lie which I wish I could believe in now
To meet my mother and father and sisters
And brother again
And oh yes, all those old friends.