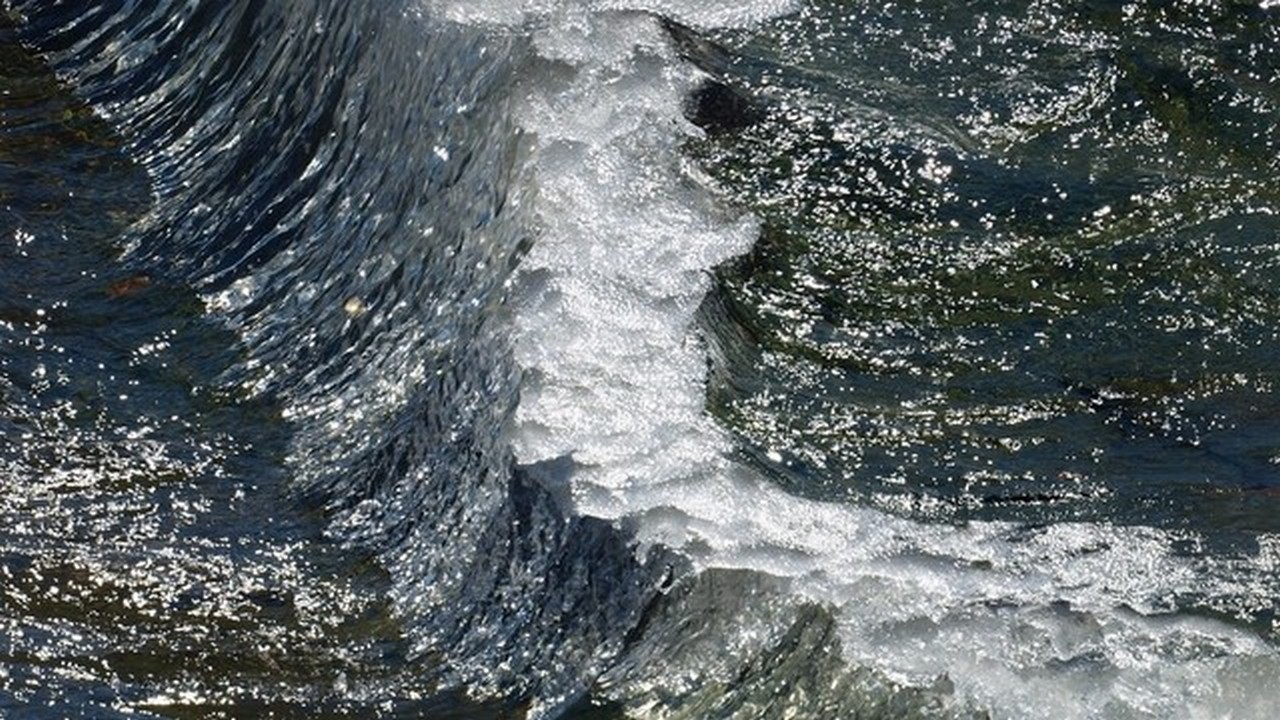 A midnight rain, more rain, someone moving down the street,
someone whistling Carmen’s “Habanera,” whistling it off-key
as rain, more rain falls on a half raised windowpane.
Puddles shimmer like butterflies behind the torn screen.
Everything is neon in this light, everything gleams.
I have to kill him while I have the chance.

Rain falls on a half raised windowpane.
I have to kill him. I still have the chance.
I see him, see that fluttering behind the screen,
see rain on the windowpane; lights blinking on the street.
He whistles Carmen’s “Habanera,” whistles it off-key.
Everything is neon in this light. The gun gleams.

Everything is neon in this light. The gun barrel gleams.
I listen to that whistling at the half raised windowpane,
him whistling the “Habanera.” He whistles it off-key.
I have to kill him. This is my chance.
A midnight rain, more rain, footsteps on the street;
puddles shimmer like butterflies behind the torn screen.

Puddles shimmer behind the torn window screen,
walls flash in this neon light. The gun barrel gleams.
His heavy footsteps move down the street as rain,
more rain falls on the smeared windowpane.
I have to kill him. I know I still have the chance
while he whistles Carmen’s “Habanera,” whistles it off-key.

A raised windowpane—I can kill him. This is my chance
as he moves down the street. Everything is neon. The gun gleams.
He whistles off-key. Puddles flutter behind the torn screen.

Salt-baked leg of lamb cooking in the oven.

finely chopped fennel fronds along with one

Dinner won’t be ready for another half-hour.

I like to linger in the kitchen, savor a glass

of Sauvignon Blanc. That’s when I do my best

thinking, just before I sit down with mother.

I hear the laughter of the kids next door.

They are in their backyard and they’re

horsing around in the inflatable swimming

pool, the kind of pool you can buy anywhere.

“This damn heat” and that really annoys me.

She’s always complaining about something

and I say so, which doesn’t make matters

any better. Before long we are yelling at

each other. I guess I get sort of carried away.

It’s not that I don’t love her. I’ve always loved

her, and I am a good son. But, it is like loving

a damaged dog, loving it in spite of bad breath

I mean I am a good son. I do everything. I tell

her that too. She takes a swing at me, and I take

a swing at her. She doesn’t flinch. No excuses.

I do it. I’ve had enough. Afterwards I eat some

of the pink radishes right out of the bowl with

my fingers. Then I call the police.

The female mark is telling me “I guess I was too distracted,
this being the Fourth. You know, all the noise, and the fact
that I’m in a hurry, and on my cell describing the fireworks
I just saw at the Pier to my girlfriend. Anyway, I pull into
the gas station, talking all the time. I begin to fill ‘er up.
A car slips in next to mine. Needless to say, I’m not paying
much attention. However, I do notice two guys, and I’m
supposing they’re about to fill ‘er up too, just like me.
Apparently not! Who would guess one of them would slide
across and open the passenger door just enough to get my
purse. Sneaky! He must have practically crawled on his hands
and knees while I was pumping and talking. But, like I said,
I didn’t notice a thing until I got back into my car. My purse
is gone, and I’m thinking, Where is it? Am I crazy or what?
Then it hits me. I’ve been robbed. So I say to my girlfriend,
one of the guys in the next car must have swiped my purse
before they drove away. That’s when she tells me that in
Atlanta the cops call these guys, sliders. She should know.
She’s from there. Sliders! Don’t you love it?”

Four red circles on the wall-to-wall
carpet in the master bedroom where
a bureau used to be; a fake ficus
along the chair rail in the hallway;
peeling wallpaper, peeling paint,
damaged doors, more doors that
lead to other rooms. When they
are turned, glass doorknobs skin
knuckles against the frame.

A threadbare stair runner leads
down to an empty hallway and
an empty living room except for
the dead possum that lies in the
fireplace with a damaged doll.

An open front door creaks on its
hinges like a porch swing while
the usual birds sing in the usual
fading light.

Three bullets for sure, maybe more somewhere,
no witnesses except perhaps this mewing cat
with matted blood-spattered fur or that smooth
bronze face peeking through the iron bars
of a basement window.

First published in the Chronicles of Scarbo, Second Edition,
2012, 2013. Also published in The Poetry Storehouse, 2014
as an audio file in 2014. Later in 2014, “Crime Scene” was
made into a video poem by Paul Broderick/The Poetry
Storehouse.

The neighbor’s parrot screams There’s been a crime.
The white oncidiums burn in their pots; they’ve been hexed,
but it’s here on the bed you’ll lie.
You toss and cannot rest.

The white oncidiums burn in their pots; they’ve been hexed.
The tides push in and out like a spoon.
You toss and cannot rest,
begin to hum a childhood tune.

The tides push in and out like a spoon.
Seagulls circle evening’s fading light.
You begin to hum a childhood tune.
Clouds cut the sky. A half-moon takes flight.

First published in Loot: Stolen Memories & Tales Out of School,
2008. Later published as a song for the CD White Narcissus, 2009

Jenene Ravesloot is a member of The Poets’ Club of Chicago, the Illinois State Poetry Society, Poets & Patrons, and the TallGrass Writers Guild.

She has written three books of Poetry:

Loot: Stolen Memories & Tales Out of School,  The Chronicles of Scarbo, and Floating Worlds.

Jenene has published in The Poetry Storehouse, Connotation Press: An Online Artifact, Packingtown Review, The Miscreant, After Hours Press, Exact Change Only, Sam Smith’s The Journal in the UK, THIS Literary Magazine, and other online journals, print journals, and anthologies.